The Craft Project That Failed

I decided to do an unusual thing today. I  am sharing a craft project that I was really excited about. But it failed. I  think it is just as important to see the projects that fail, as it is to the see the ones that work. 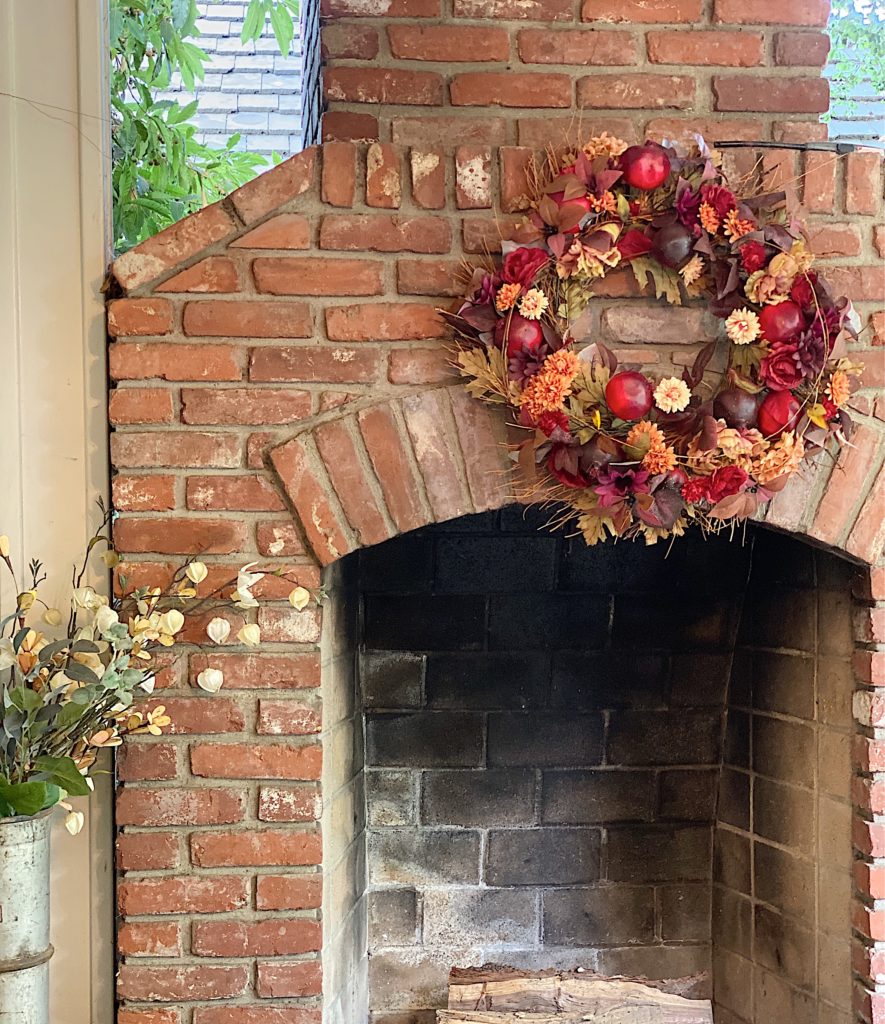 So here’s the thing.

I love creating craft projects and sharing them with you. Ninety-nine percent of the time they end up looking amazing. But every once in a while one of my wonderfully creative thought up projects ends up being a dud. This was definitely one that didn’t work. It was a craft project that failed. 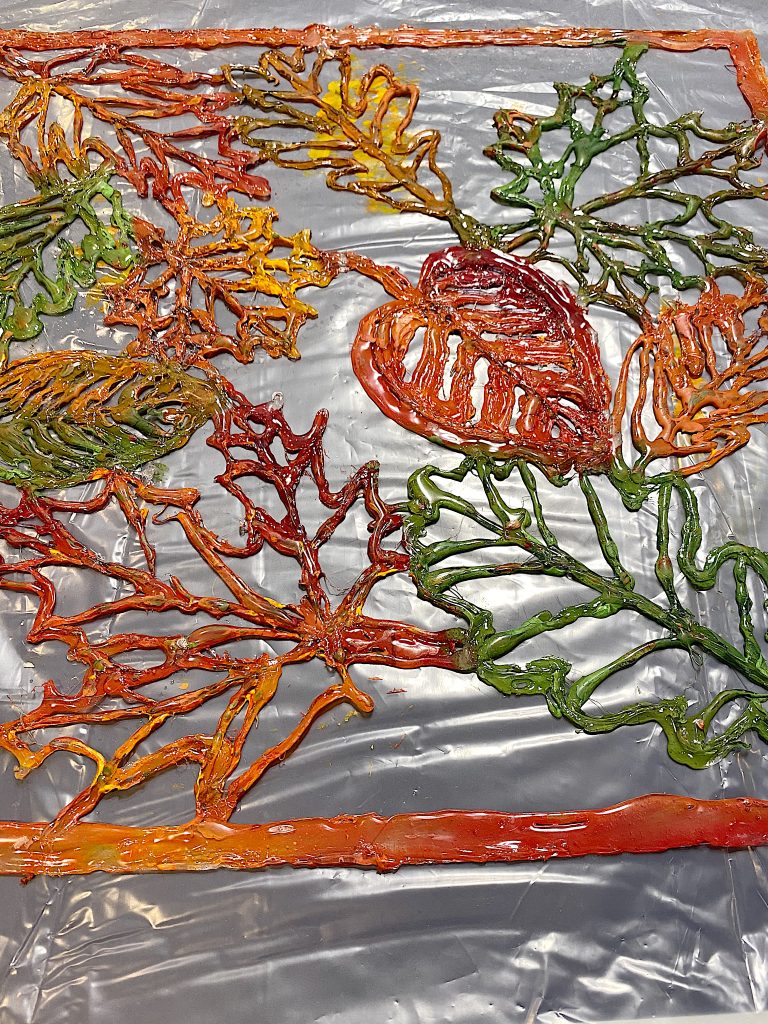 Usually, the project ends up in the trash or back into my scrap craft bin. It’s put away, never to be spoken about, or shared.

But today is different. I decided that I wanted to share my craft failure. I blog almost every day about my life. I think it’s time my failures became just as important as my successes. 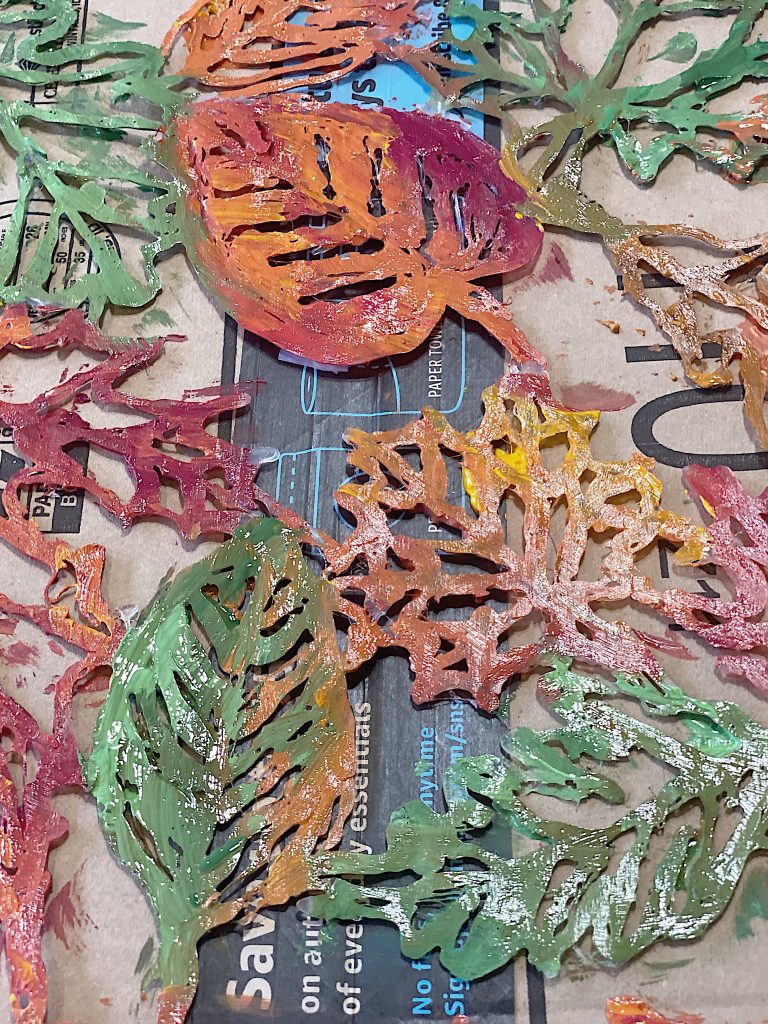 Let’s start with where I got my inspiration.

A few weeks ago I made this glue gun stencil and stenciled paint on some napkins. Each one turned out great. 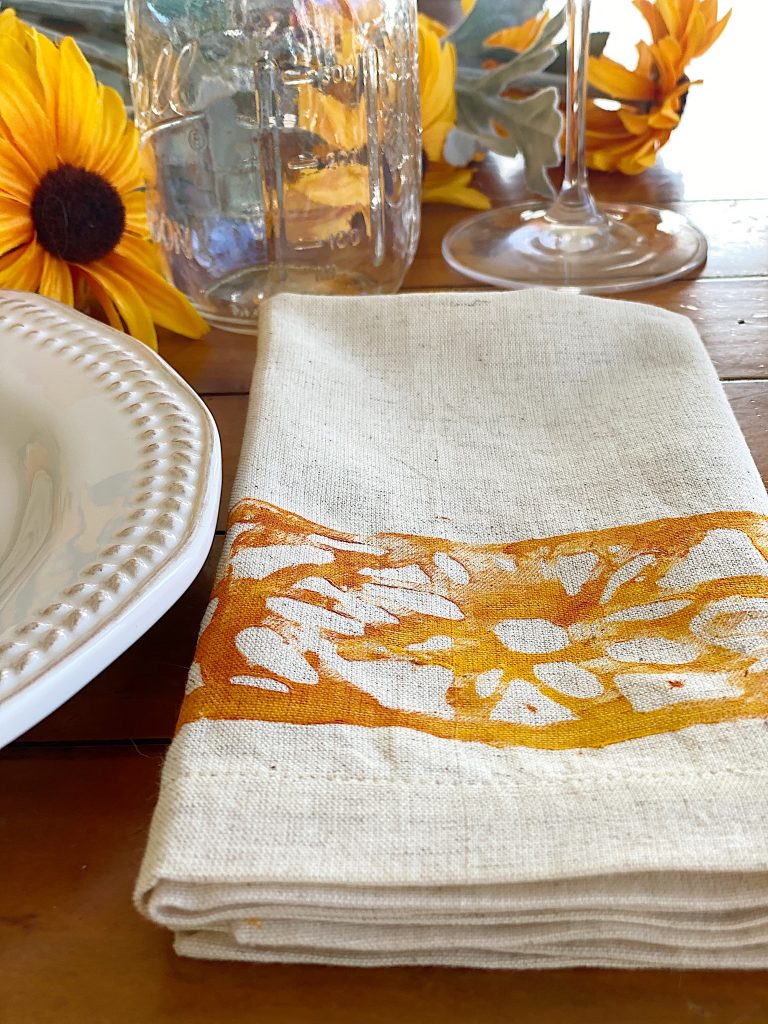 And the stencil I made is awesome! 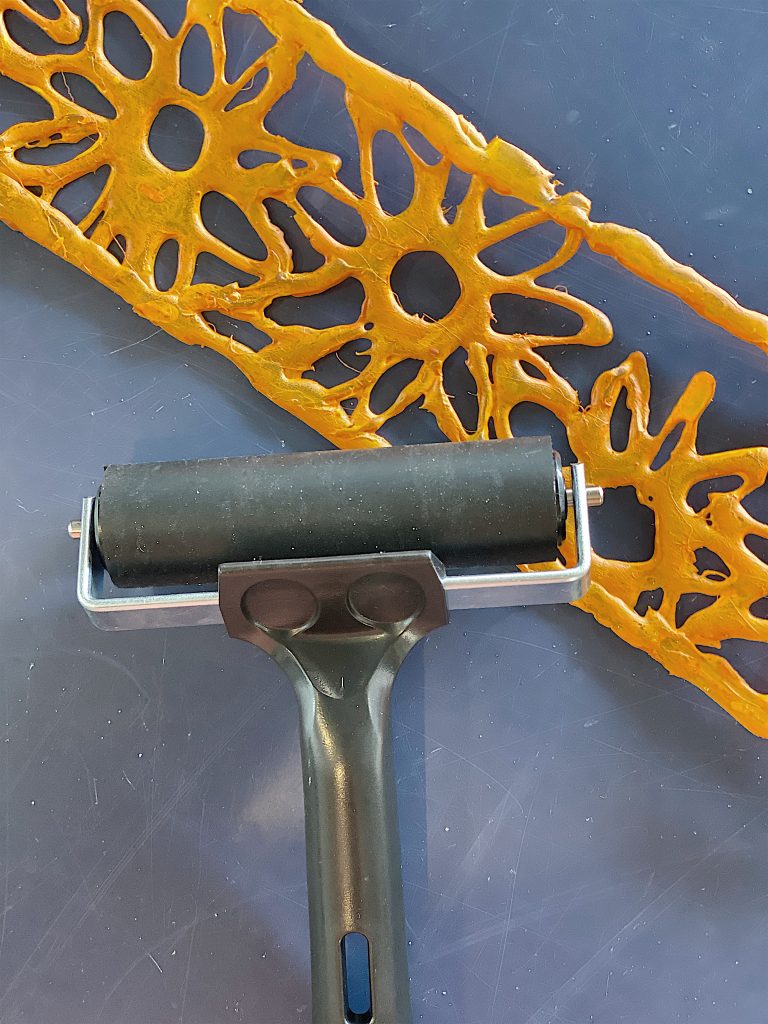 I really enjoyed this project and decided I wanted to do another one and make a glue gun stencil. So I decided to make a large stencil for a pillow.

I chose an assorted leaf pattern.

I found this pattern on the Cricut  Design  Store.  You can also find a pattern for just about any design just by googling it. 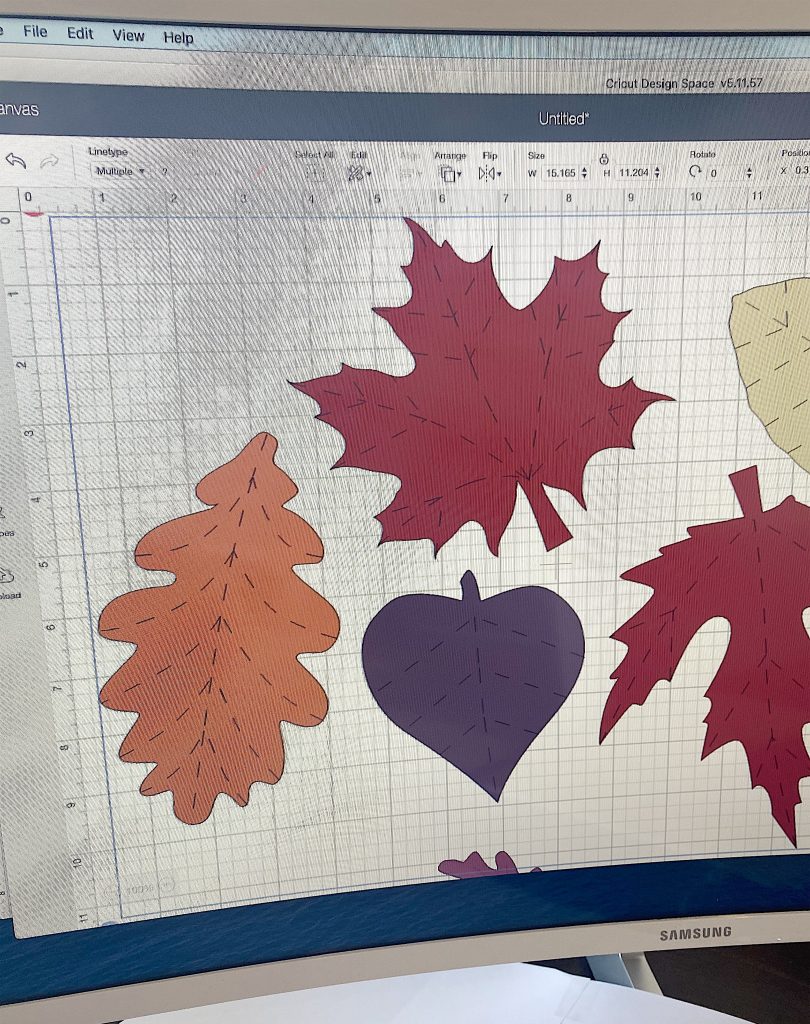 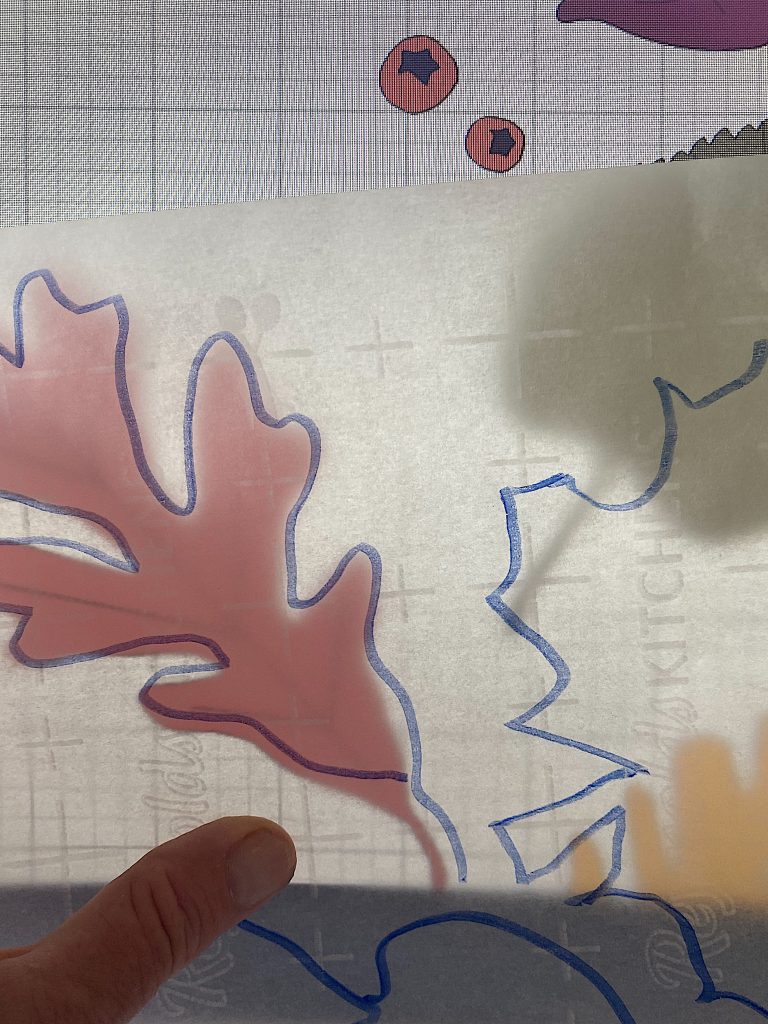 When I was done, the pattern looked like this. 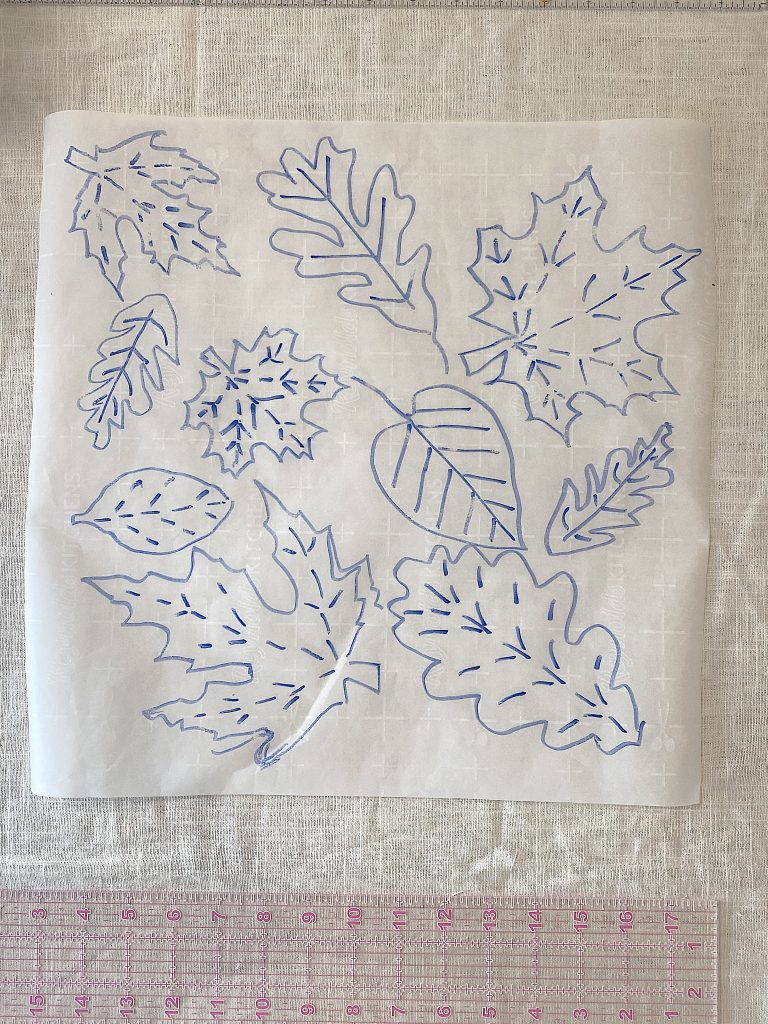 At this point, I should have realized I made my first mistake. When making the stencil, all of the leaves needed to be attached to one other. In my design, the leaves were kind of floating in the middle of the design. So I tried to attach them all in a haphazard way.

It kind of worked. But it really didn’t. After I added the paint, the stencil was so floppy that it was almost impossible to lay it flat on the fabric. 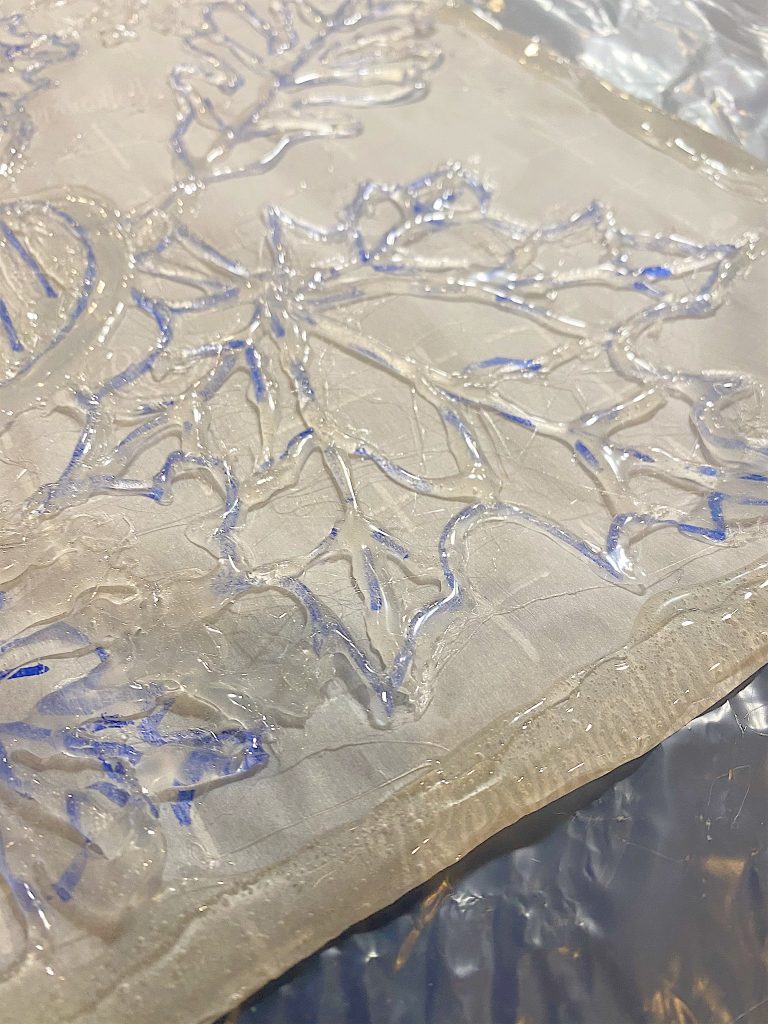 Making the stencil is easy. All it takes is a glue gun, a lot of glue sticks, a pattern, and some parchment paper. 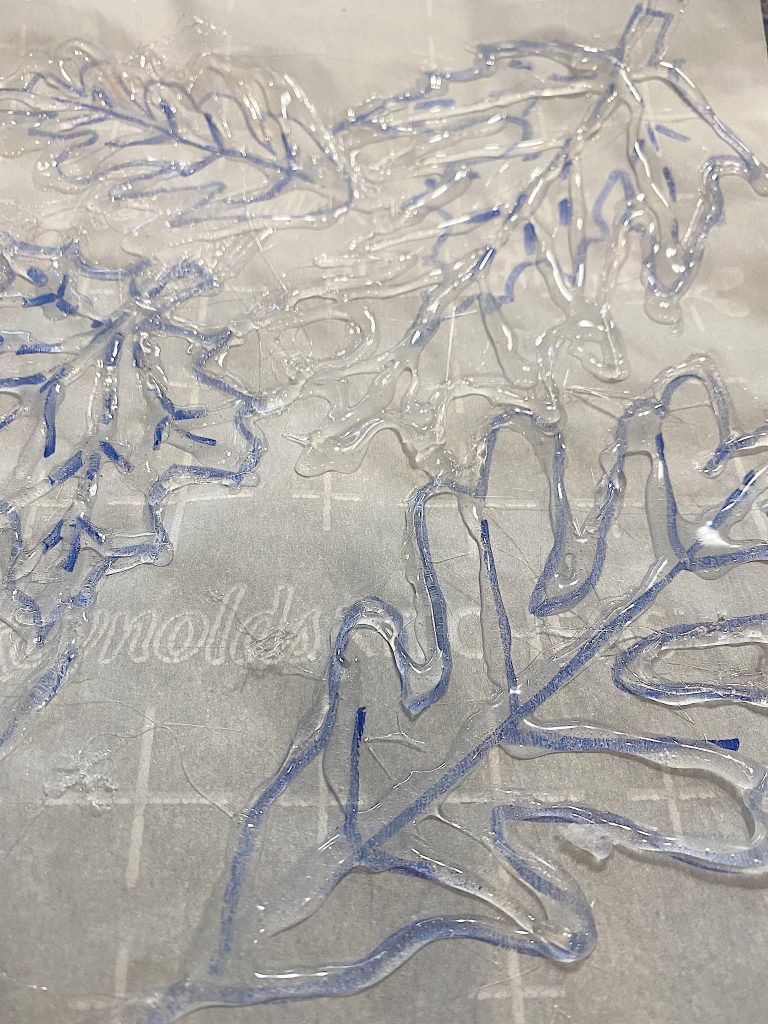 The underneath side is actually the side that you use for the stencil. It’s flat and normally works great when you add the paint.

Or so I thought. 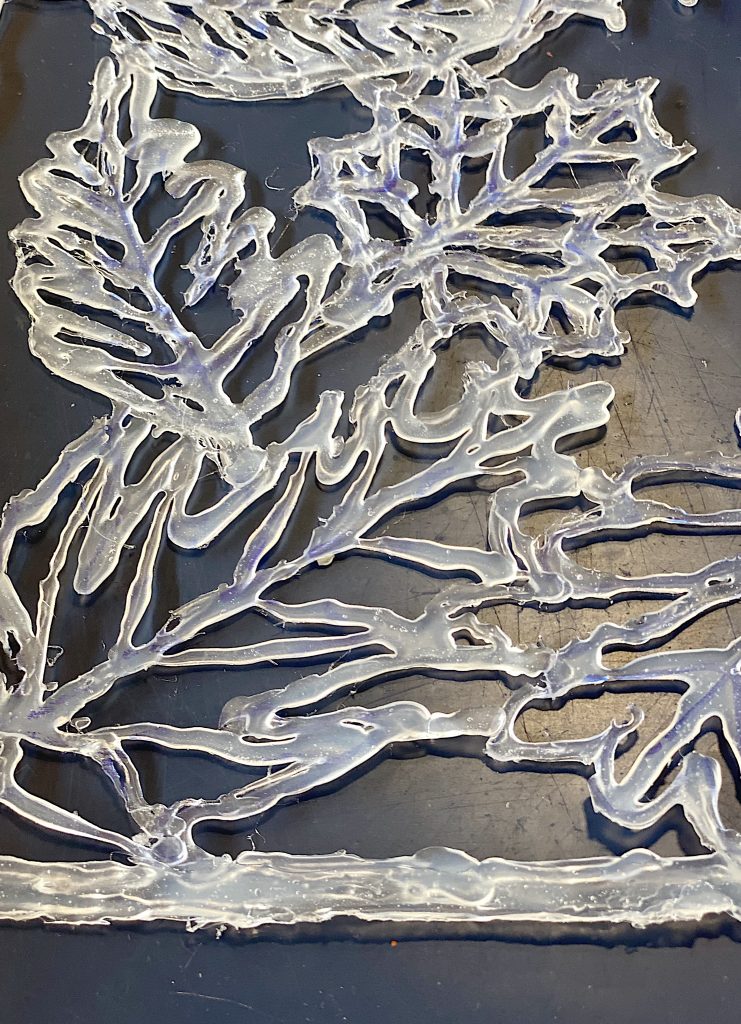 Here’s a little tip. Do you know those really irritating thin strings that are always everywhere after you use a glue gun? Take your hairdryer and quickly blow the hot air over your stencil. Be careful you don’t melt your stencil.  But most of the glue strings will disappear. 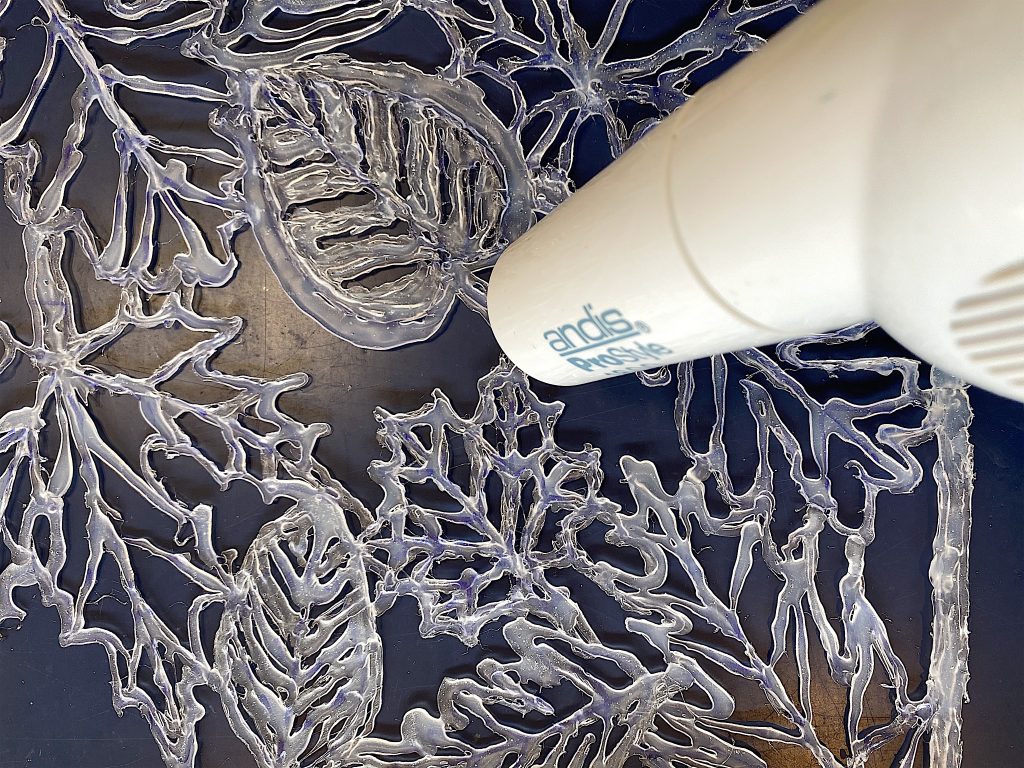 Here is the finished stencil. I thought it was attached enough.  (What I forgot is that once I add paint on one side, I still need to flip it and put it on the fabric.) 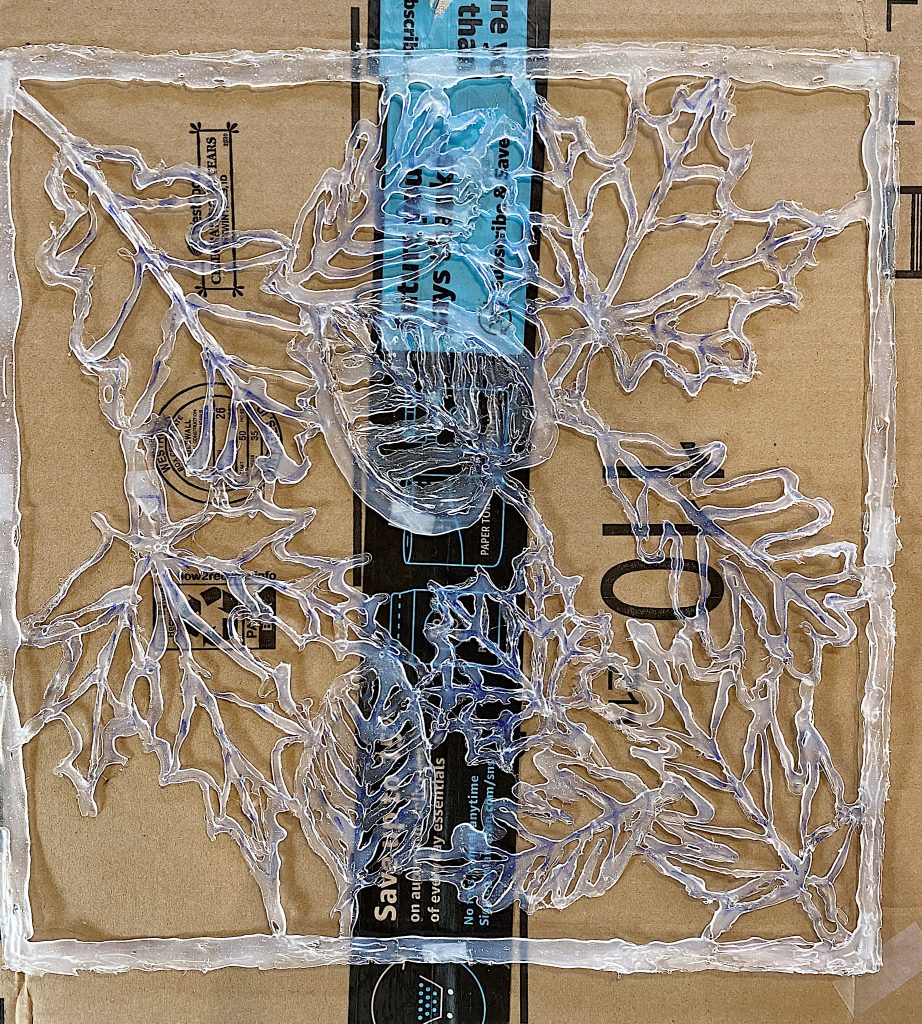 The next step was to add the paint to the flat side of the stencil. 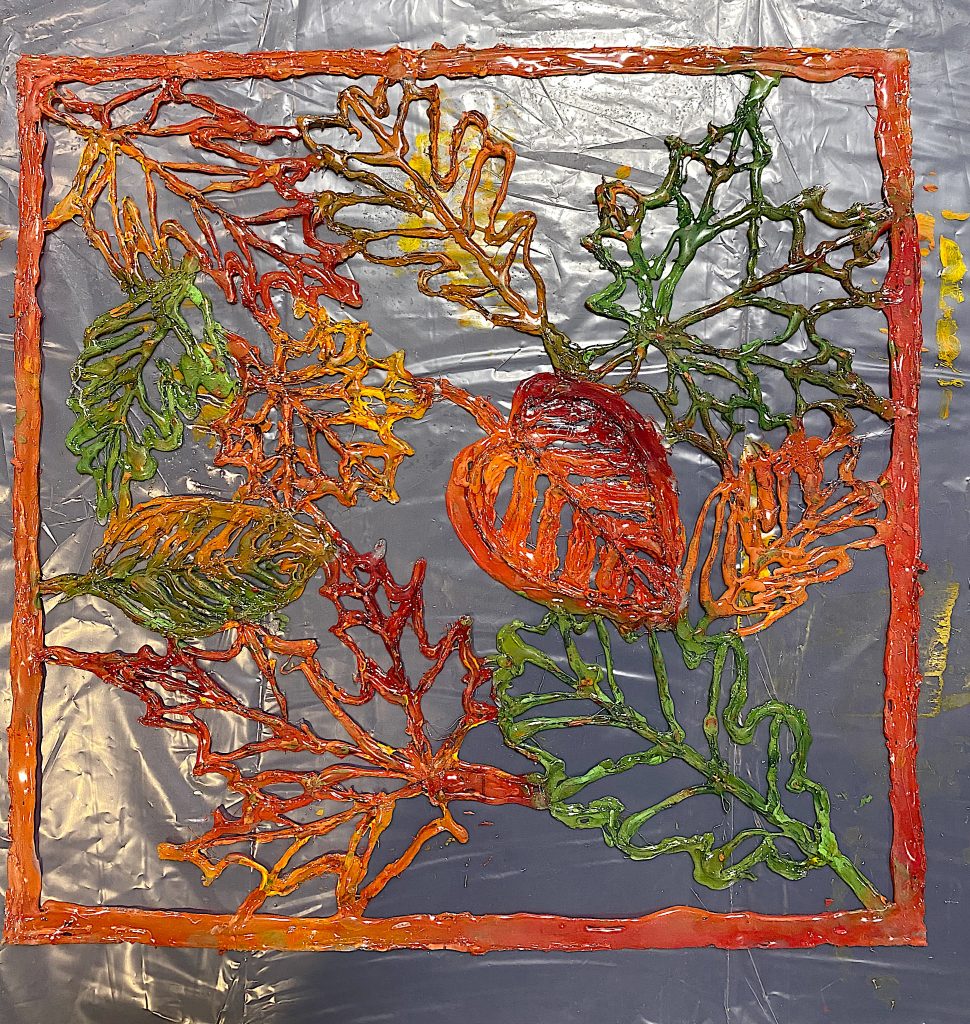 I chose fall colors and actually love this stencil so much.

Next, I carefully laid the stencil, paint side down, on to my pillow. The amount of paint that ended up on me was likely more than what was on the stencil. And this large 16″ stencil was floppy and did not want to lay down flat without getting paint everywhere. It was a disaster. 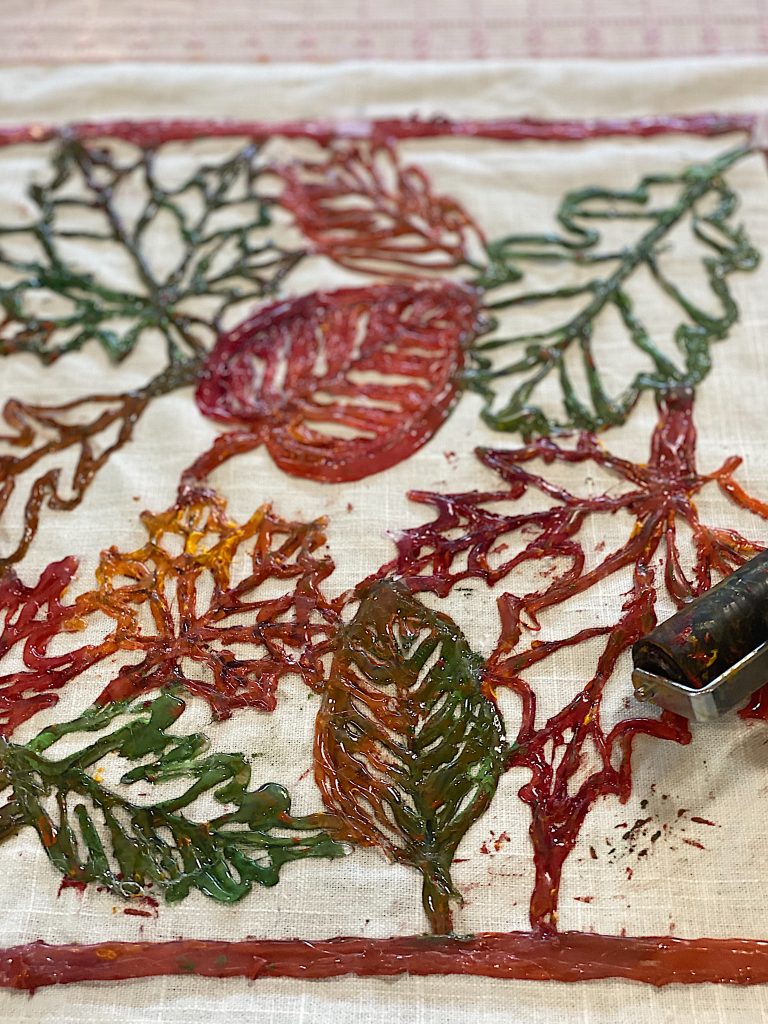 I used the brayer to push the paint onto the fabric and gently removed the stencil. 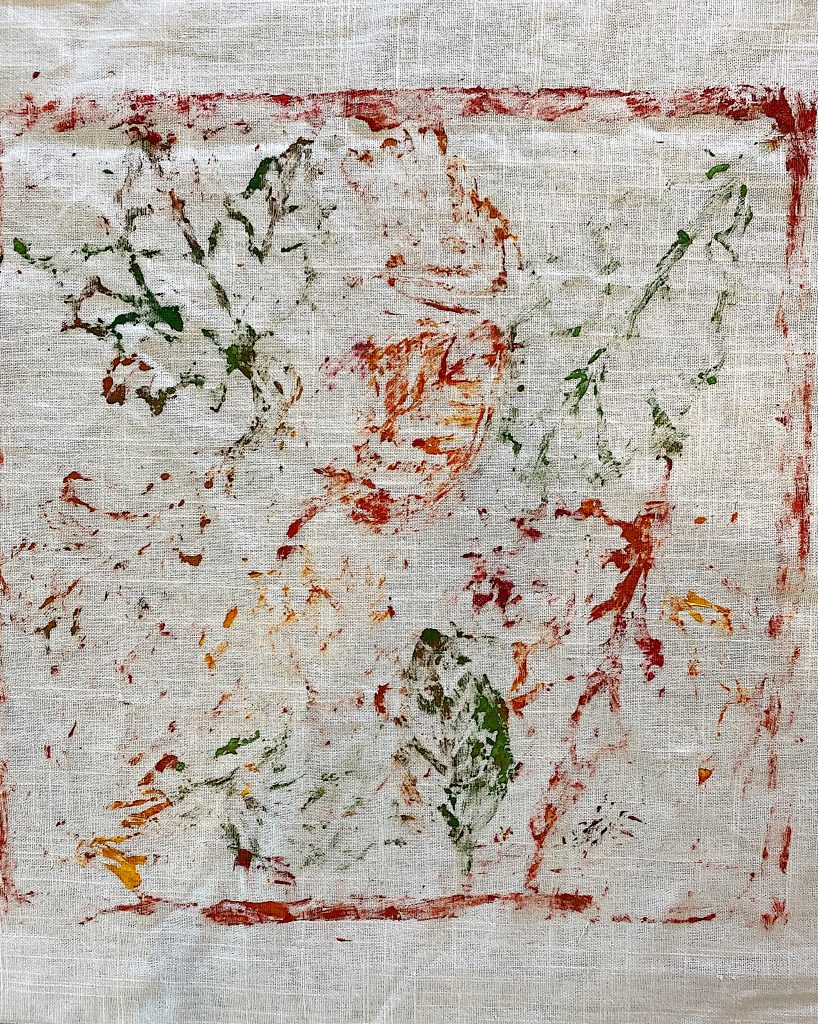 And at this point, I knew this craft project was a failure.

There is no doubt that anyone looking at the pillow would have no idea what it was. It just didn’t work.

So what are my options?

So now you know. This project didn’t really work. And I don’t really know what to do next.

Your suggestions and comments are greatly appreciated. 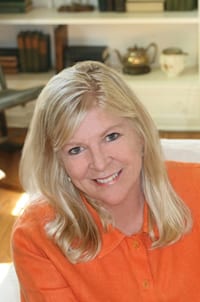 Welcome to My 100 Year Old Home. I started my blog so I could share my passion for entertaining, décor, cooking, and crafts. You will find all this and more right here. Read more… 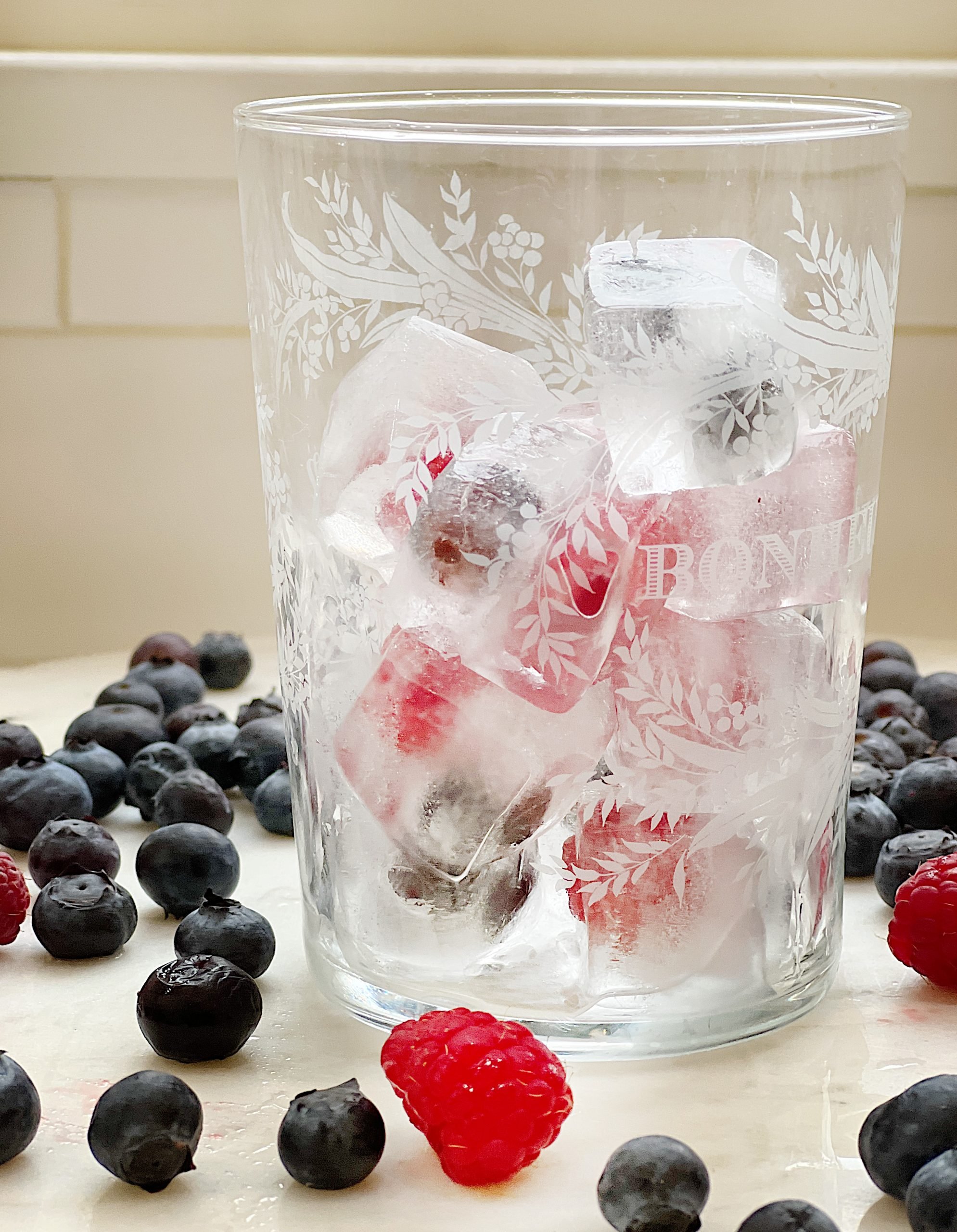 9 Best Ways to Use an Ice Cube Tray 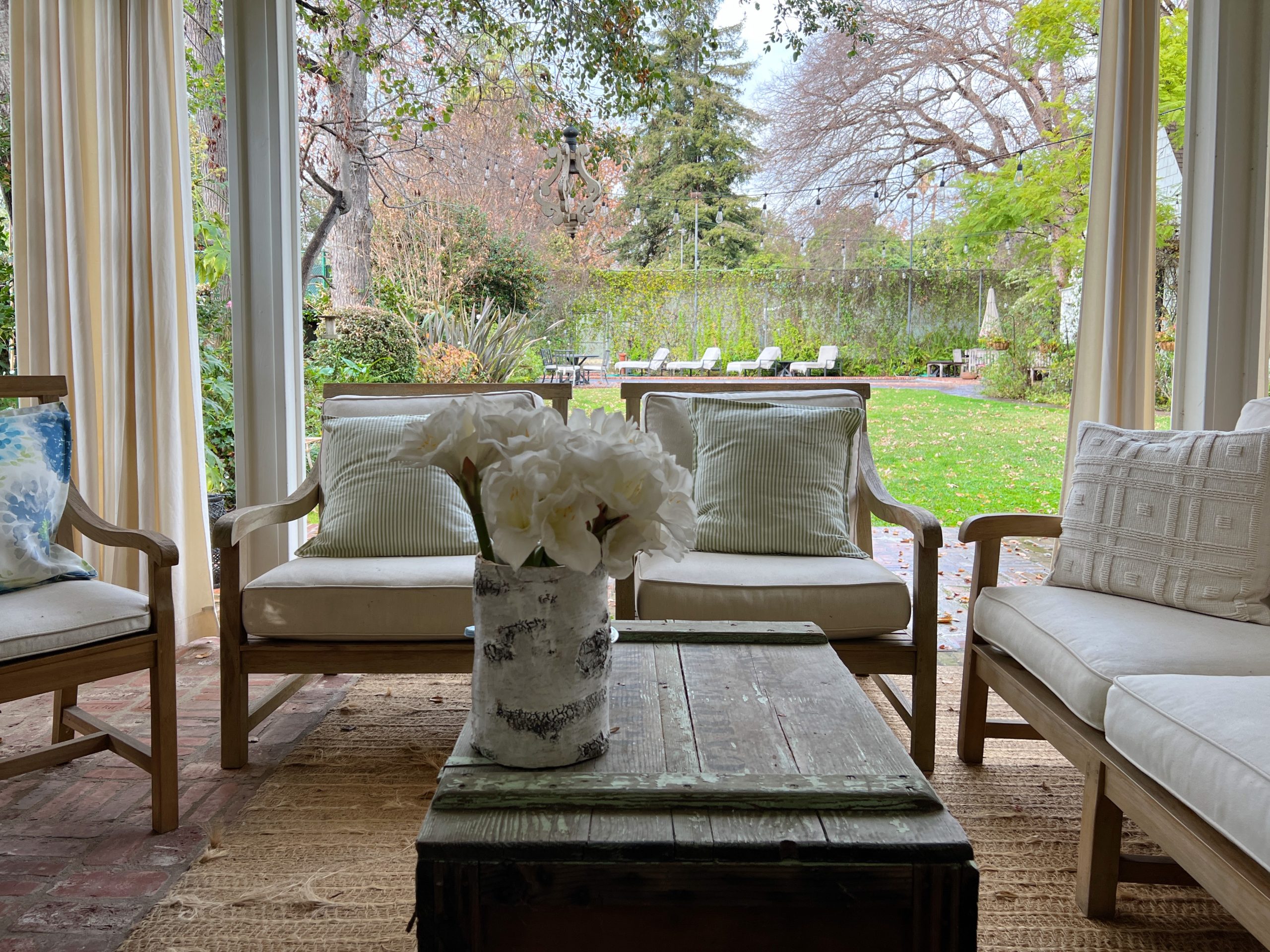 Girls Night Out and Back Porch Decor 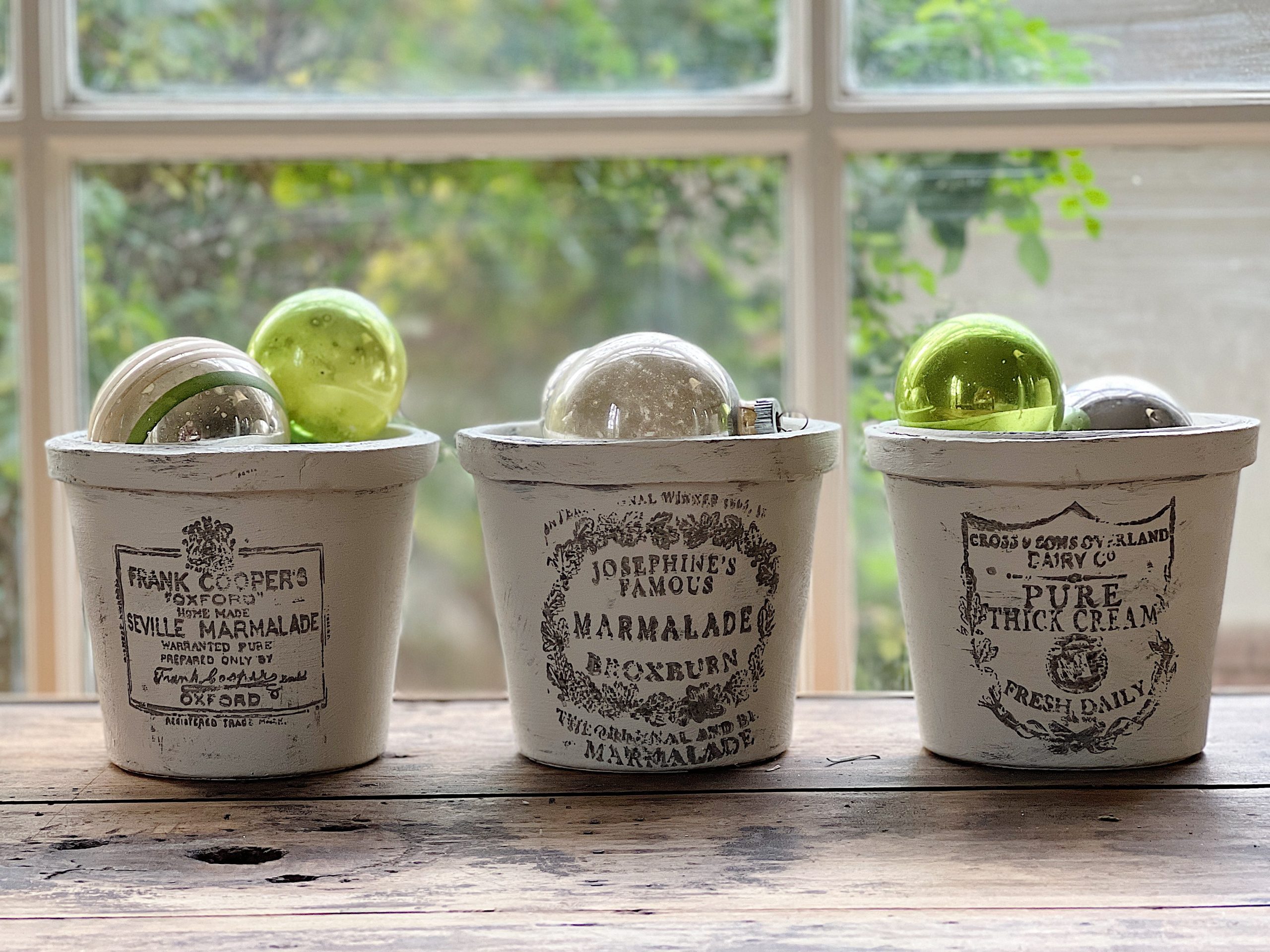 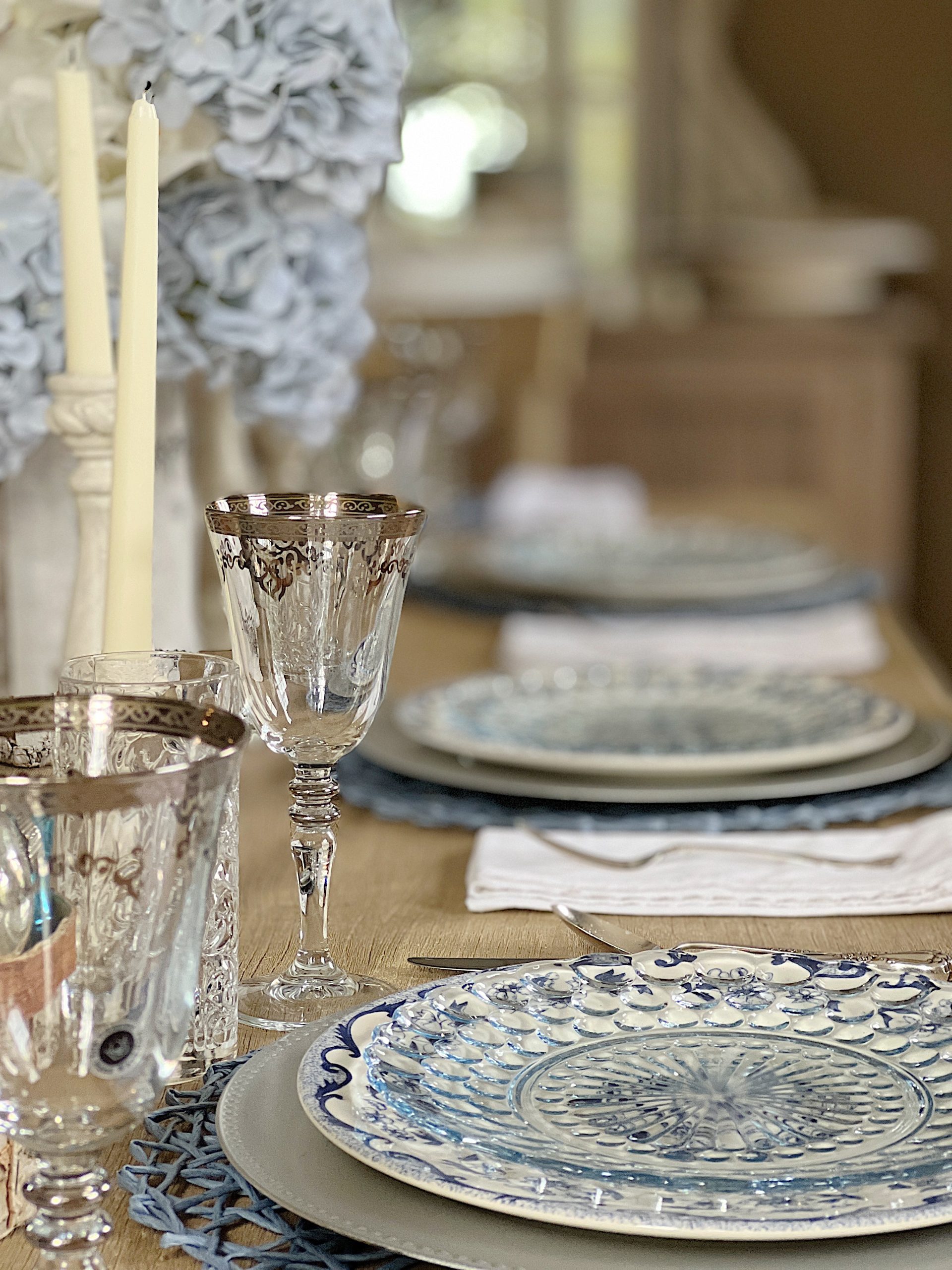