Today I am sharing how our home got involved in filming movies, tv shows, and commercials. It’s been an incredible experience and I think you will be surprised to learn how much filming we have done in our home! 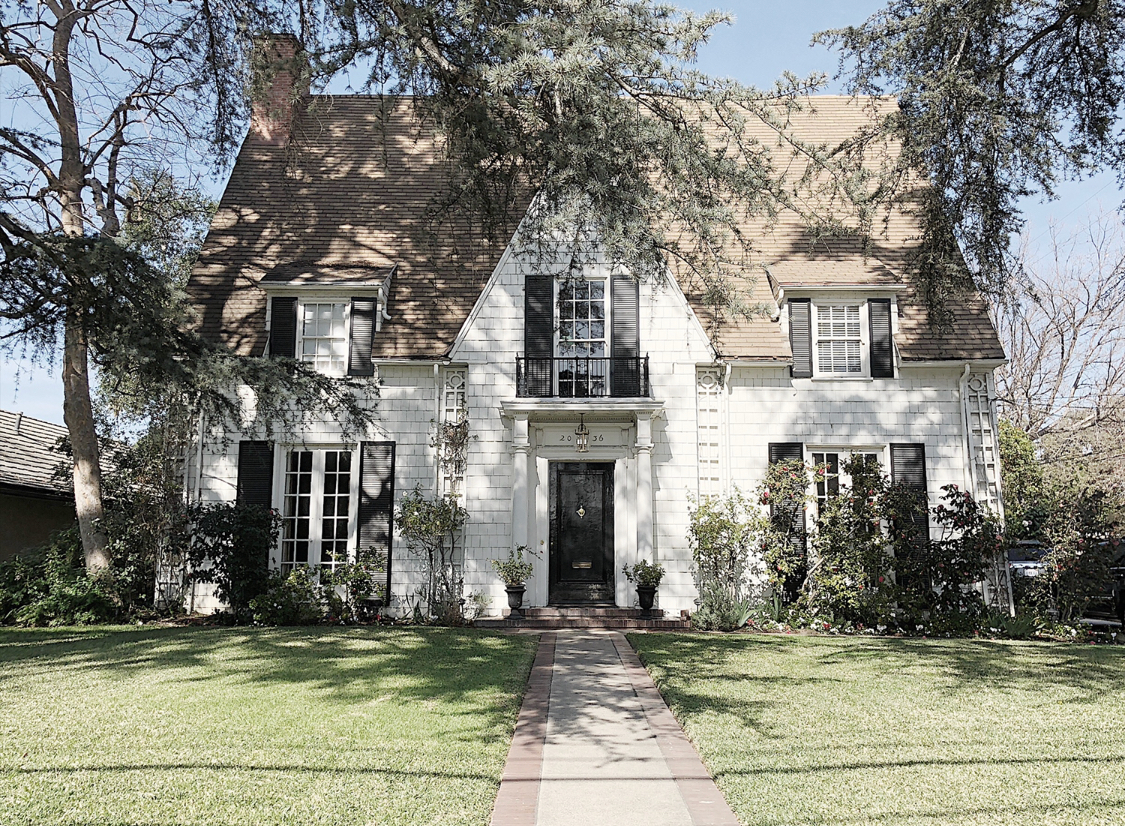 I guess you could say that our home is famous. Kind of like a movie star. Ever since we moved into our home in 1998, filming has been a big part of our lives. So today I thought I would share with you how our home got involved in filming movies, tv shows, and commercials.

Shortly after we bought our home in 1998, someone left a flyer in our mailbox asking if we would be interested in filming a movie called “Thirteen Days” with Kevin Costner. Unfortunately, we were out of town and by the time I saw the flyer, it was too late. But it got me thinking. Could we make additional income filming in our neighboorhood? I had seen movie trucks all of the time in South Pasadena so I thought we might be able to do it.

Two years later we did a major remodel on the back of our house. This included our family room, back porch, and kitchen and it looks exactly as it is now. When we were done I talked to some of my friends who had done filming and they suggested I reach out to location scouts and rep companies who basically represent your home to anyone interested in filming. I printed up a flier and mailed out 100 of them to a list of location scouts which the Los Angeles film commission provided to me.

Things got kind of crazy in the first few years. When a new home becomes available in the filming market, everybody wants to film at the new location. So we filmed a lot in the early years. And it we have filmed every year since.

The TV shows were have filmed include Mad Men, Criminal Minds, Law & Order, CSI Cyber, Back When We Were Grownups, American Dreams, Judging Amy and the pilot for Disney’s Andi Mack.

Movies filmed here include The Way Back, Raising Helen, A Mighty Wind and Fired Up.

In December of 2018 we filmed a Ben Affleck movie at our home called The Way Back. It was released on March 6, 2020. The photo above was filmed upstairs in our home! And it’s on pay per view if you want to see it. The scene filmed in our home actually appears in the first five minutes of the movie.

To be honest, I have probably forgotten half of what we have filmed here. But the thing you have to remember is that in the film industry, they do crazy things. They often use more than one home to film a home in a movie. In the movie Father of the Bride (which was not filmed at our home), I have been told they used three different homes. One for the front, one inside and one for the backyard. I have links to a lot of commercials and in some cases, you might not even recognize our home! They build strange things, add fake walls, paint strange colors and add all of their own furniture.

Look how ugly our living room looks in this scene from Mad Men (season 5, episode 8). Those curtains! 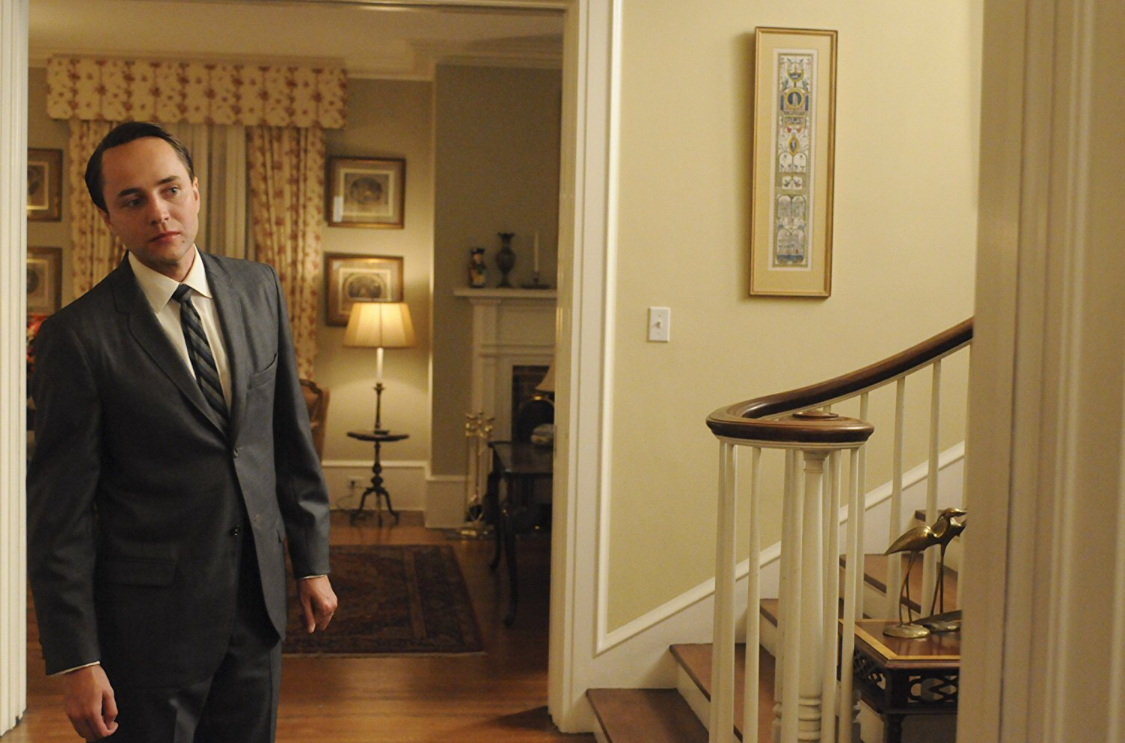 Our family room is painted a beautiful gray-green color. Look what color they painted it for the movie “A Mighty Wind”. Electric blue! And that is our family room, not our dining room! 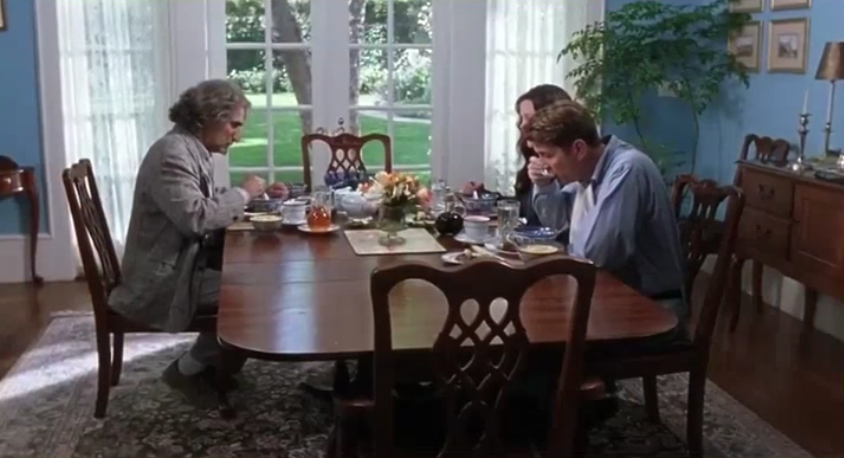 And look at the raised deck Home Depot added to the back of our home. That tree isn’t there either! It’s fake. 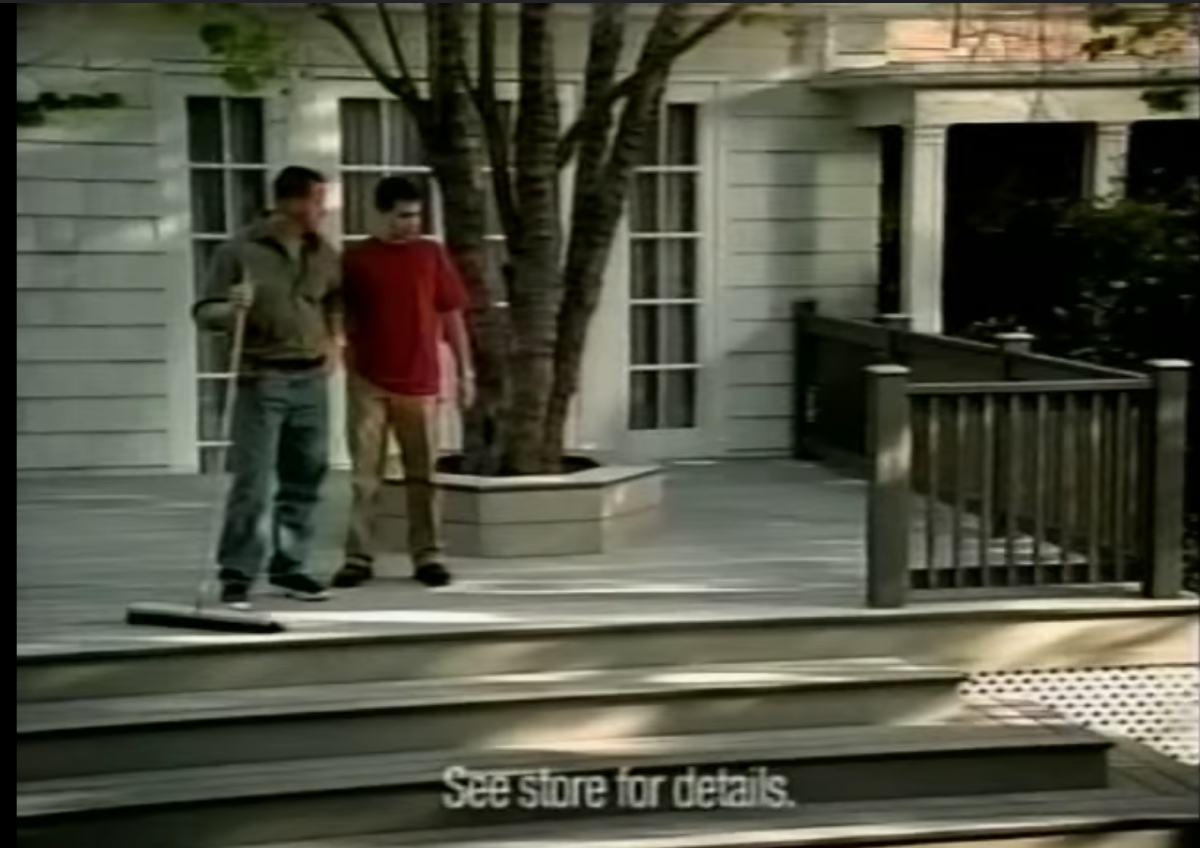 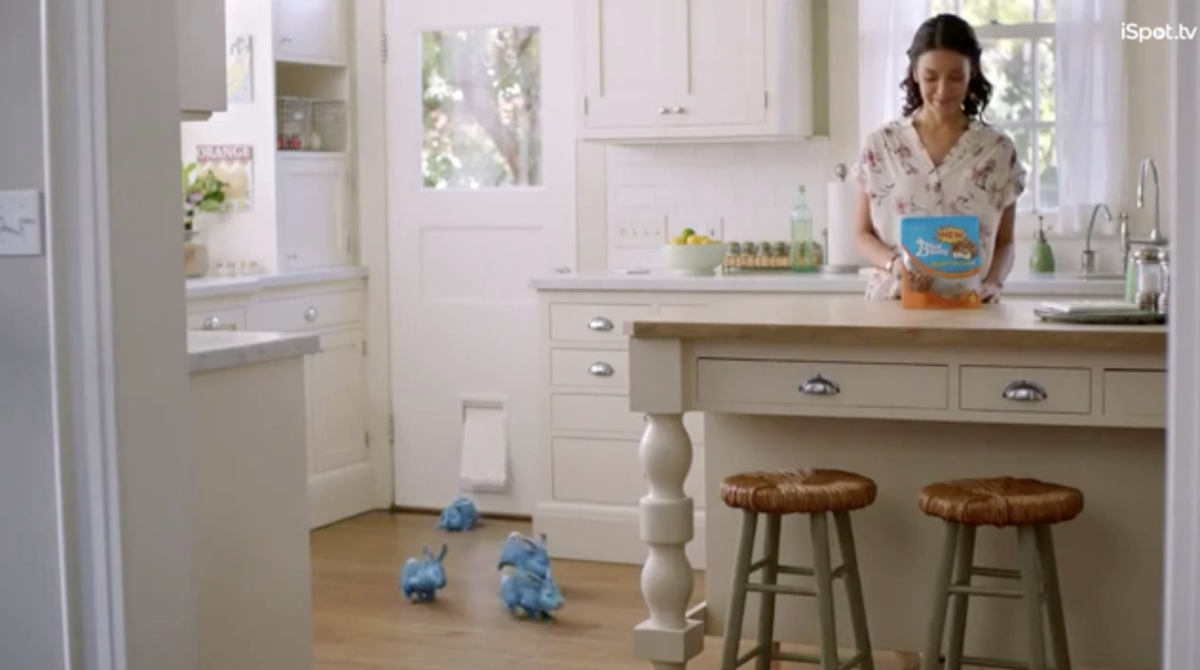 We only moved out of our home a few times when they were filming. We tried really hard to stay upstairs or on the third floor if they weren’t using the entire home. As glamorous as it sounds to stay a the Ritz-Carlton, just imagine trying to get your car out of the valet to take your kids to school, four athletic practices and play practice. It is not fun. Not at all.

I could go on and on but I promise I won’t. We have really enjoyed the filming we have been able to do at our home. I am glad I could share it with you today! 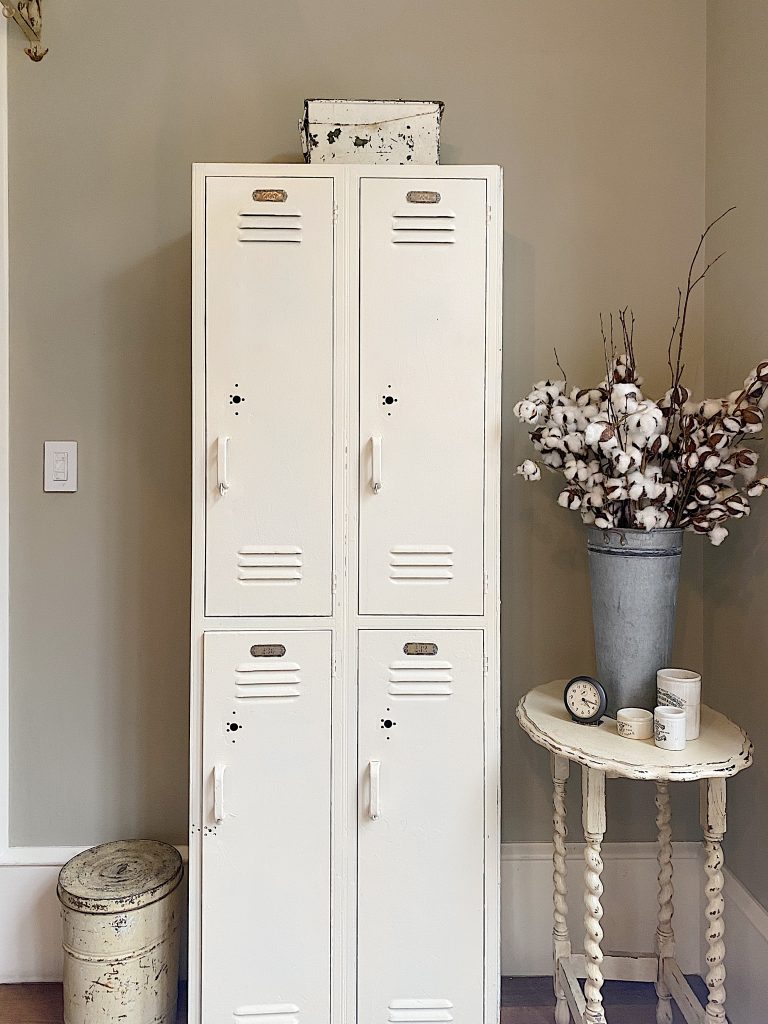 You probably don’t know that I have three sets of vintage school lockers in our home. I finally painted one of them last weekend. What a difference! Today I am sharing how to paint metal school lockers. I have been looking at these gray metal lockers for years and cannot believe how great they look… 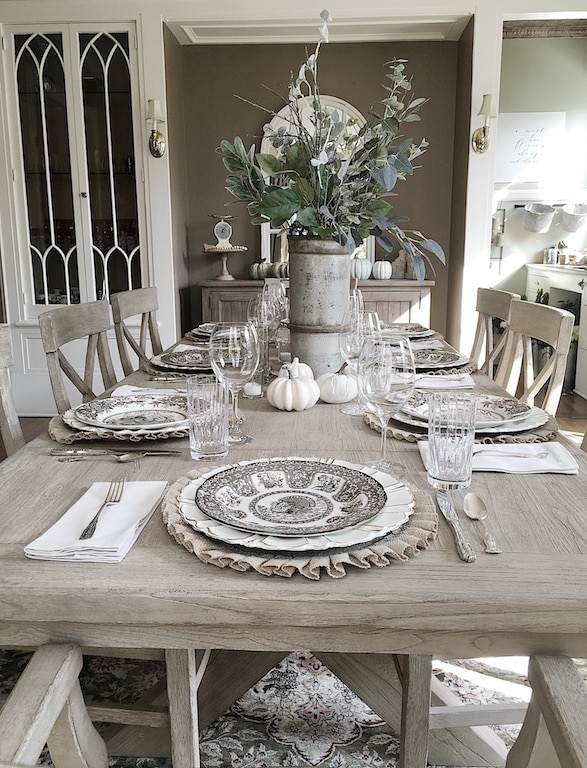 I am so excited to share with you Easy Elegance Wednesdays, where we will celebrate simple elegant decor. 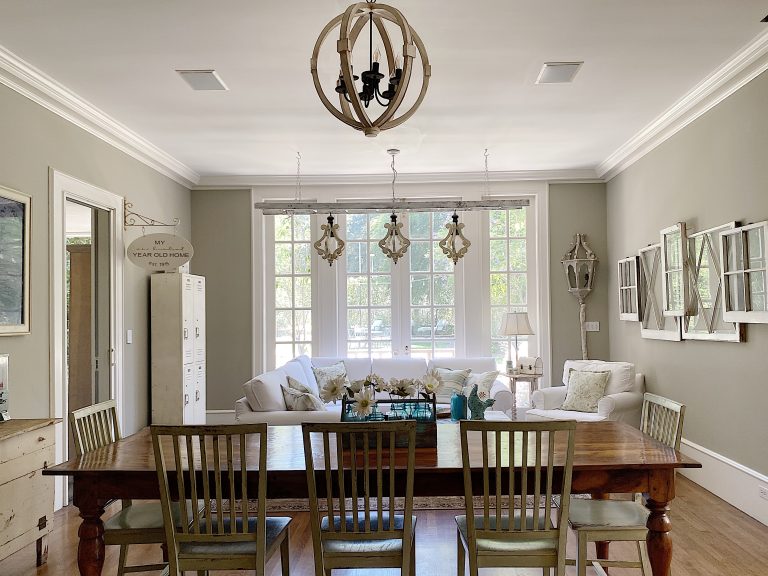 I finally decided on our summer color palette and chose aqua! I am sharing our family room today and I hope you will like it as much as I do. We really love our family room. I know it looks different than before. But it is so much more functional and we all love it…. 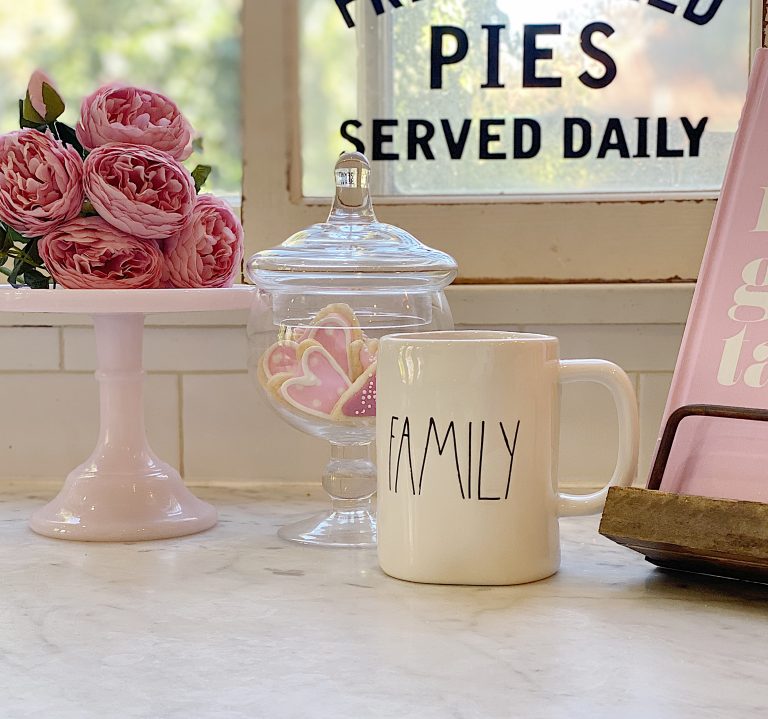 Volume ? Today I am pleased to share with you Sunday Morning Coffee. This is a place to share, learn, explain, dream, and have fun. Thanks for joining me for Sunday morning coffee. Today I am sharing my weekly thoughts about decor, crafts, and recipes and why I love to entertain. This month we are… 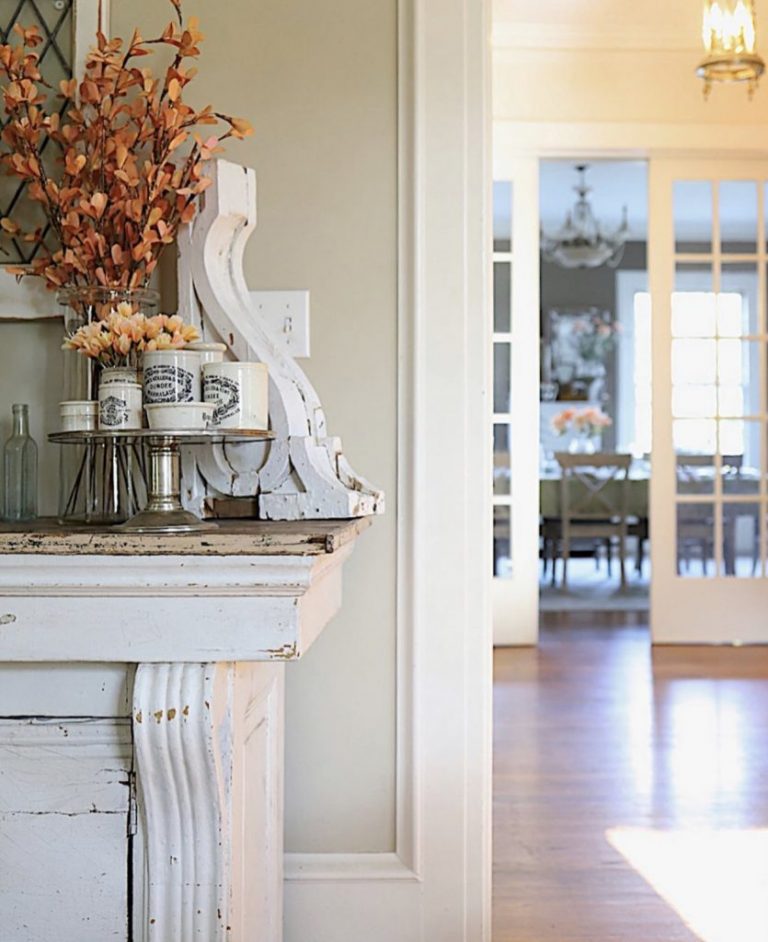 Learning how to Add color to your home is so much easier with a neutral color palette. I can’t wait to share how I “neutralized” our home so I could add in More color. Before I started transforming the decor in my home to a farmhouse style, I had a lot of color in my… 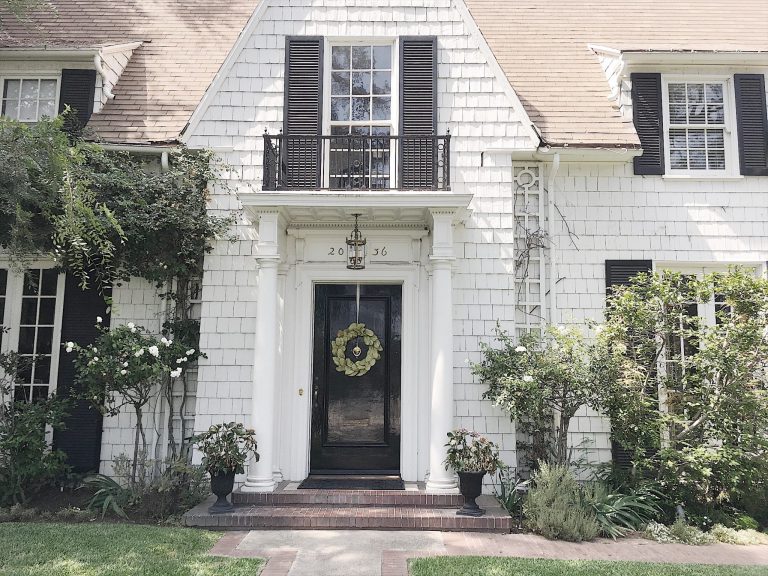 Yesterday I was lucky enough to participate in the #cottonstemheartshome feature with my favorite Instagram friend Erin @cottonstem. Erin was kind enough to feature a photo of the exterior of my home and so many of you left very nice comments.

I decided to feature an Instagram Story featuring the front of my house and all of the things you couldn’t see. Things like chipped paint, dead plants, missing shutter parts and lots more. I was trying to encourage all of you to share photos of your home even when it isn’t perfect. Because seldom is anything perfect!I thought it might be fun to share those here too!