I Am So Excited To Share This Recipe For Flaky Pie Crust And Pear Almond Cream Bourdaloue Pie. Chef Monique Chan Is In My Kitchen Today And Teaching Us All How To Make The Best Pie Ever! 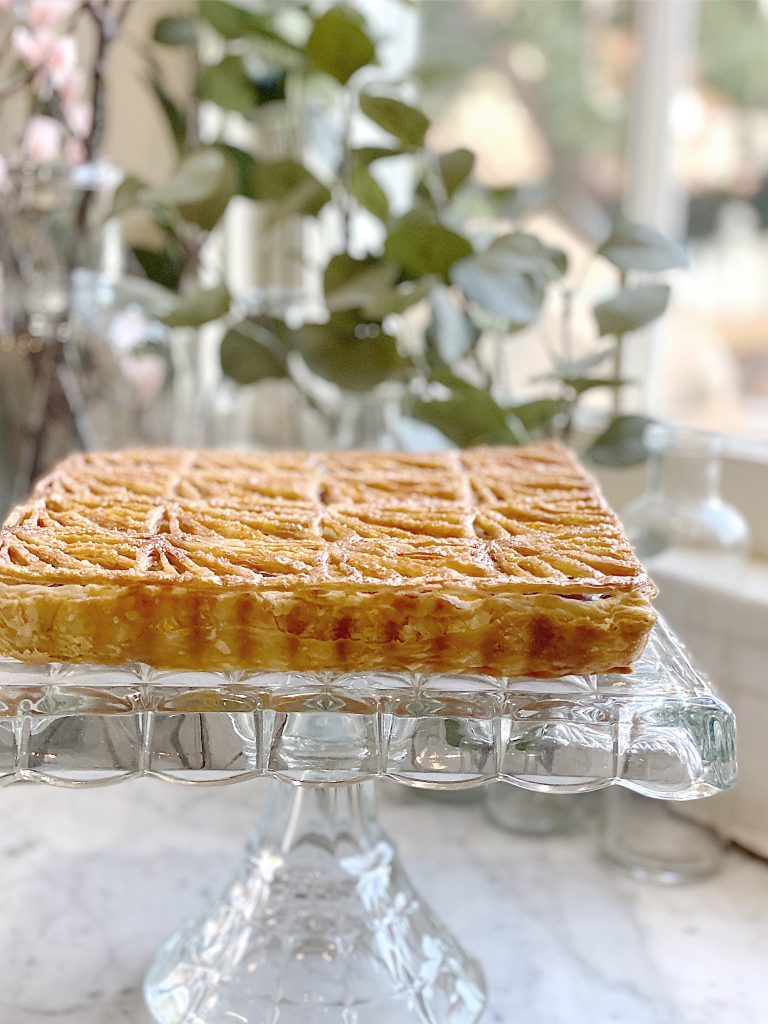 It’s Friday and I am back in the kitchen. My good friend Chef Monique Chan is here. Monique is here and she is teaching us how to make homemade pie crust and a Pear Almond Cream Pie. This fabulous dessert is also known as a Bourdaloue Pie Tart, which is the street name of the Paris bakery where this Pear Almond Cream Tart was created.  I love that! 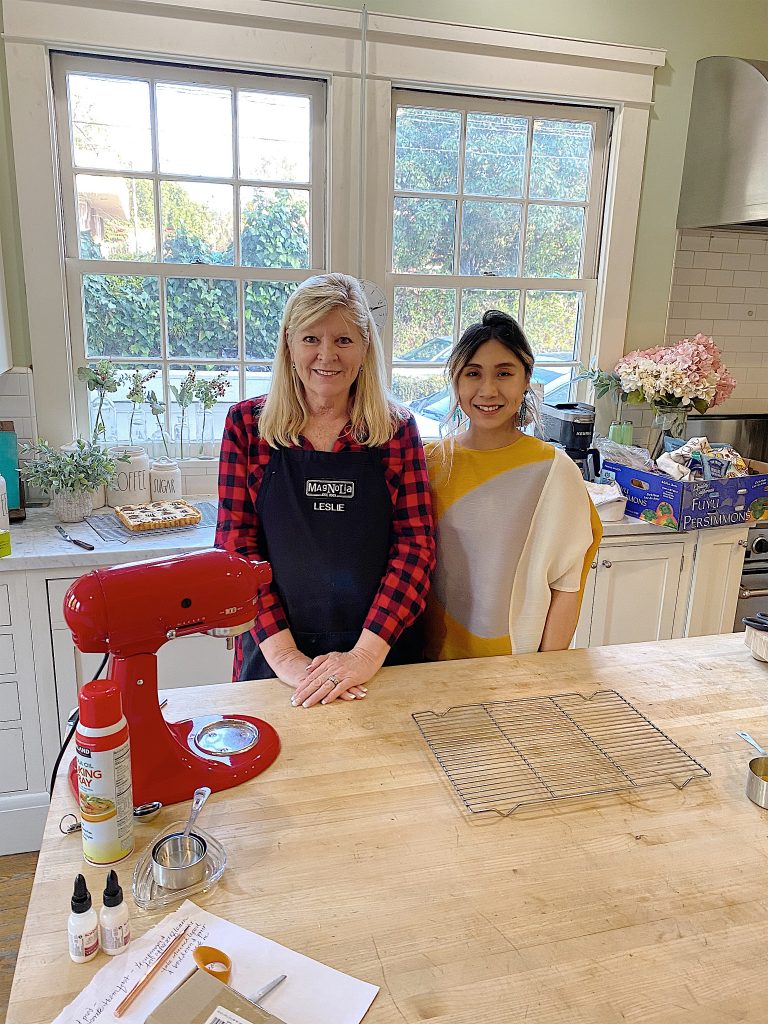 Before we get started, I wanted to share a bit about Monique. Since graduating as valedictorian of her pastry school in Paris, Monique has ceaselessly pursued excellence, working in renowned bakeries (Dominique Ansel Bakery), five-star hotels (Le Bristol Paris) and multiple Michelin starred restaurants (Epicure, The French Laundry). These achievements culminated in her role as Executive Pastry Chef of gastronomic restaurant Écriture in Hong Kong, which received two Michelin stars in a record-breaking seven months after opening. 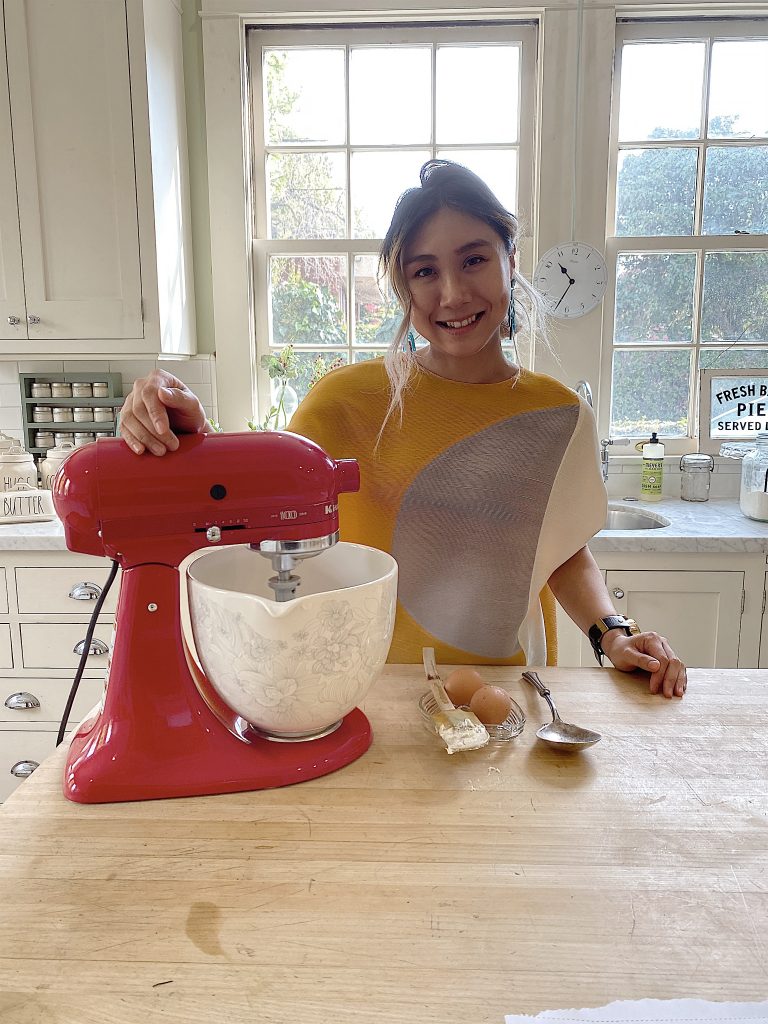 Today I am sharing recipes to make a perfect pie crust and an almond cream which will result in a Pear Almond Cream Pie.

Be sure to check out the complete video which shows how to make this amazing desert. You can find the IGTV video on my Instagram here.

Also, for previous recipes shared by Chef Monique, go to How to Make an Apple Tart and  1-2-3 Basic Cake Recipe.

I learned so much today as I now know I have been making pie crust the wrong way. Forever.

Monique used chilled ingredients for the pie crust such as chilled butter and iced water. 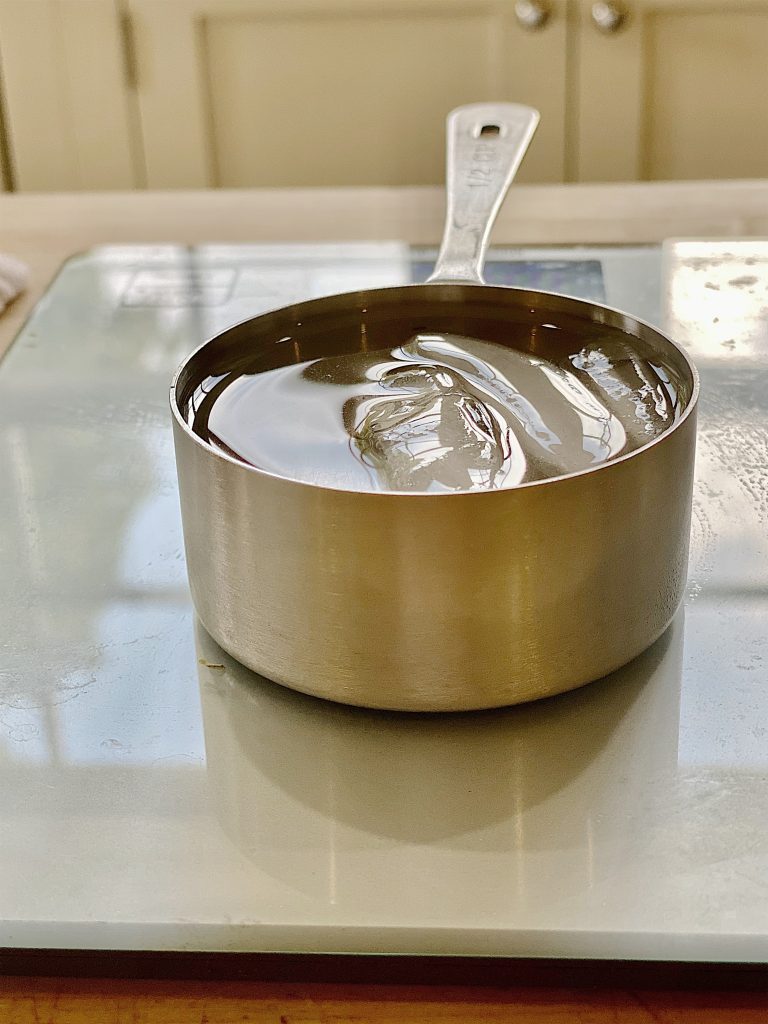 But what surprised me the most were the large portions of butter she used in the dough. 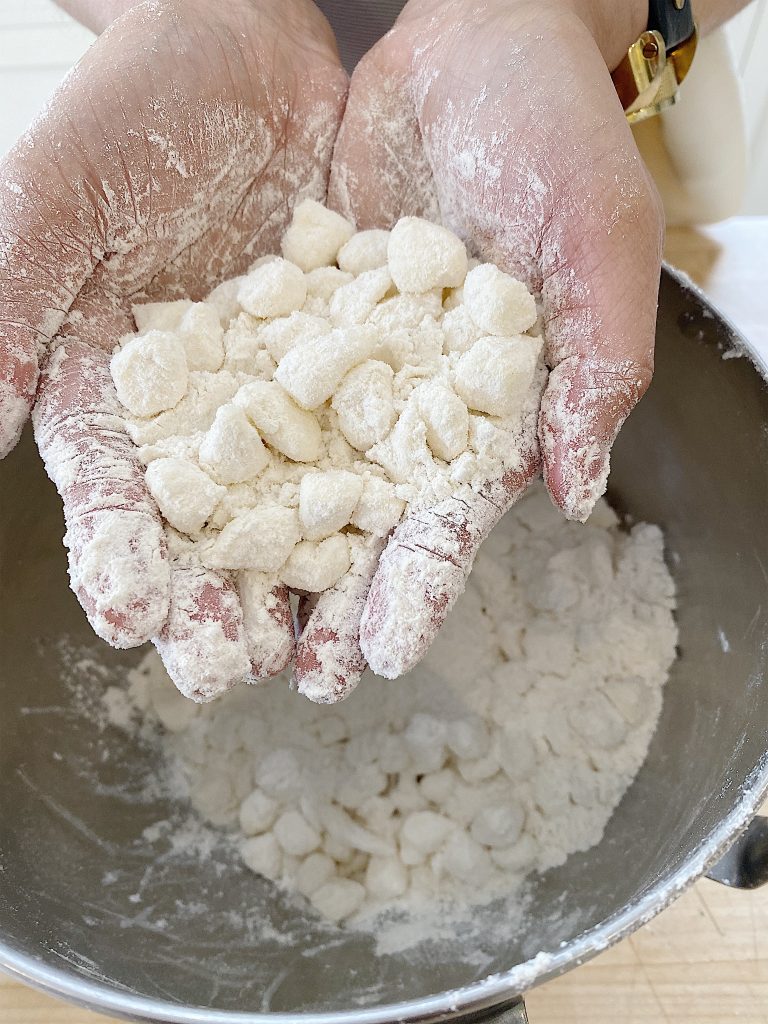 She rolled the dough out with the large pieces of butter and then folded it into thirds and rolled it again. This creates a much flakier crust. 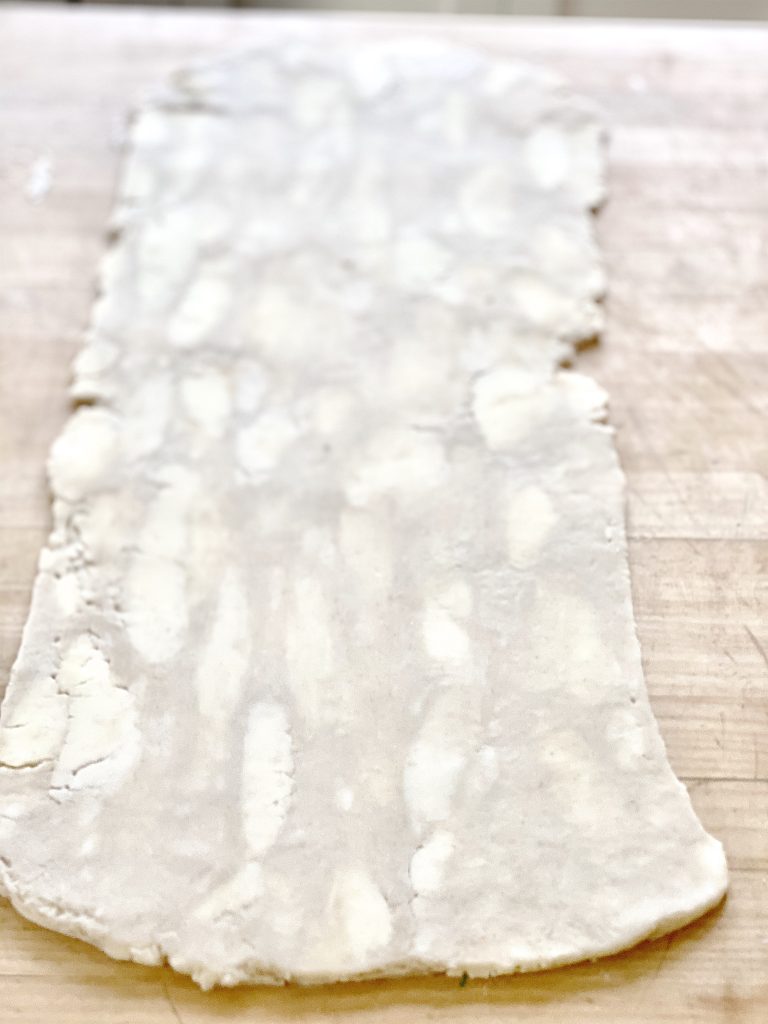 Once it is folded and lightly rolled, it should look like this. 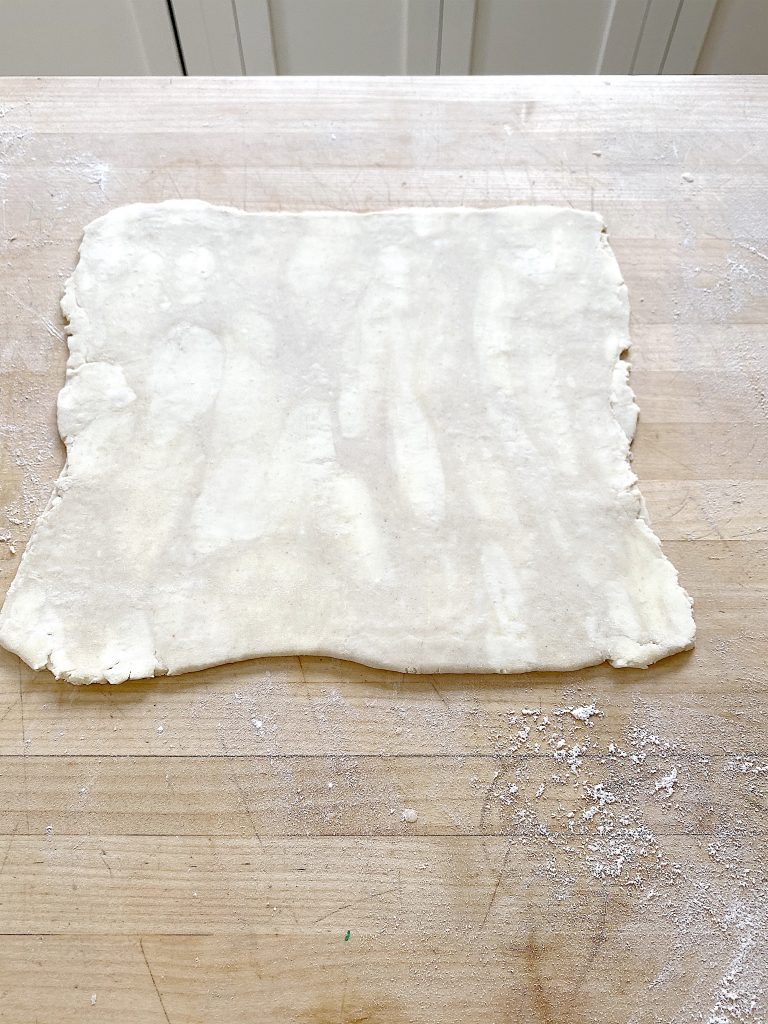 Although we used a square tart pan, this pie crust works perfectly for a one or two crust pie. 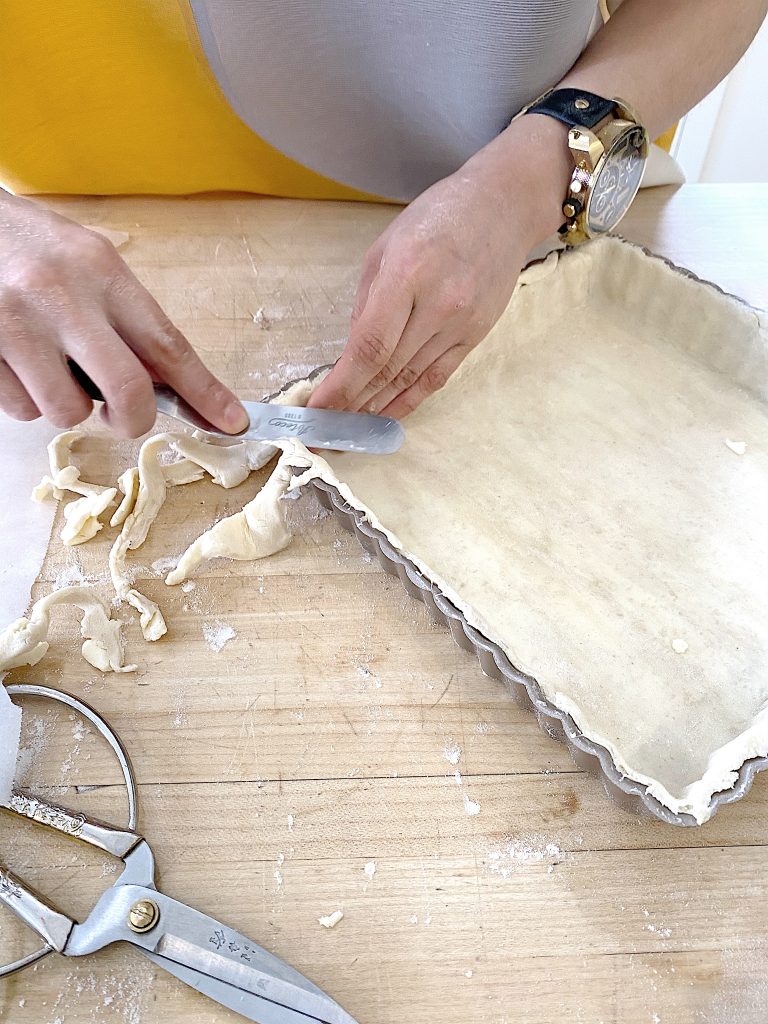 The entire experience is on my IGTV on my Instagram here. You really should watch the video as Monique shares so many great tips that I would hate for you to miss!

This recipe was created by BraveTart and adapted by Monique Chan. 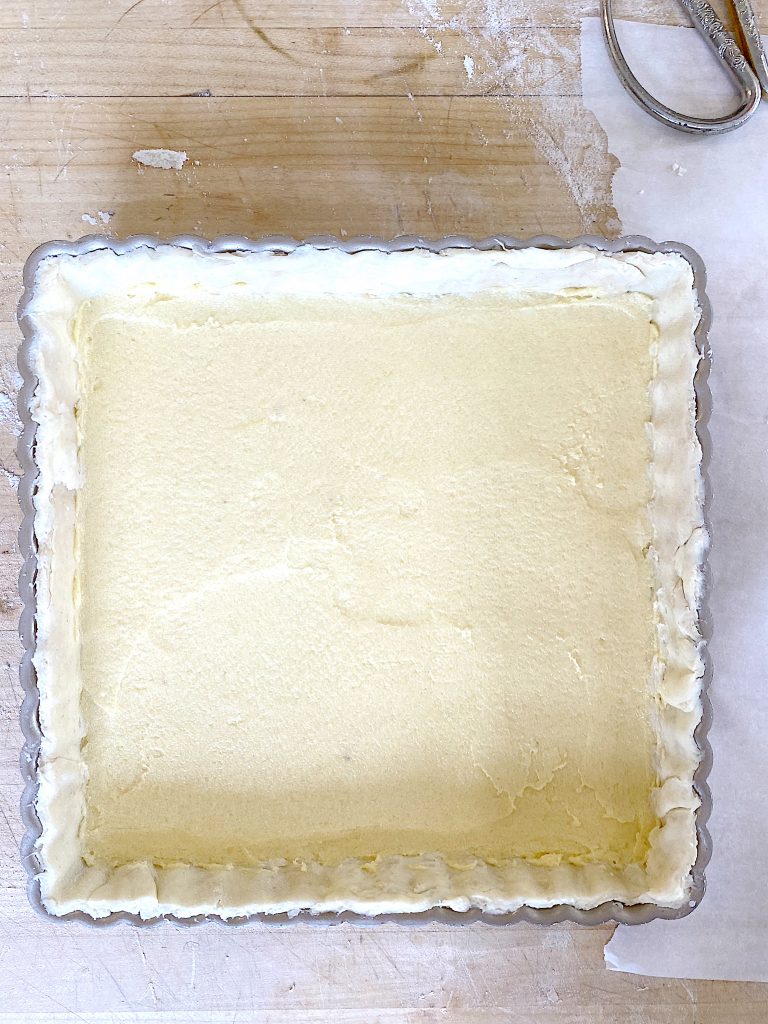 The Almond Cream is a fairly simple recipe and consists of eggs, almond flour, sugar, butter and salt. 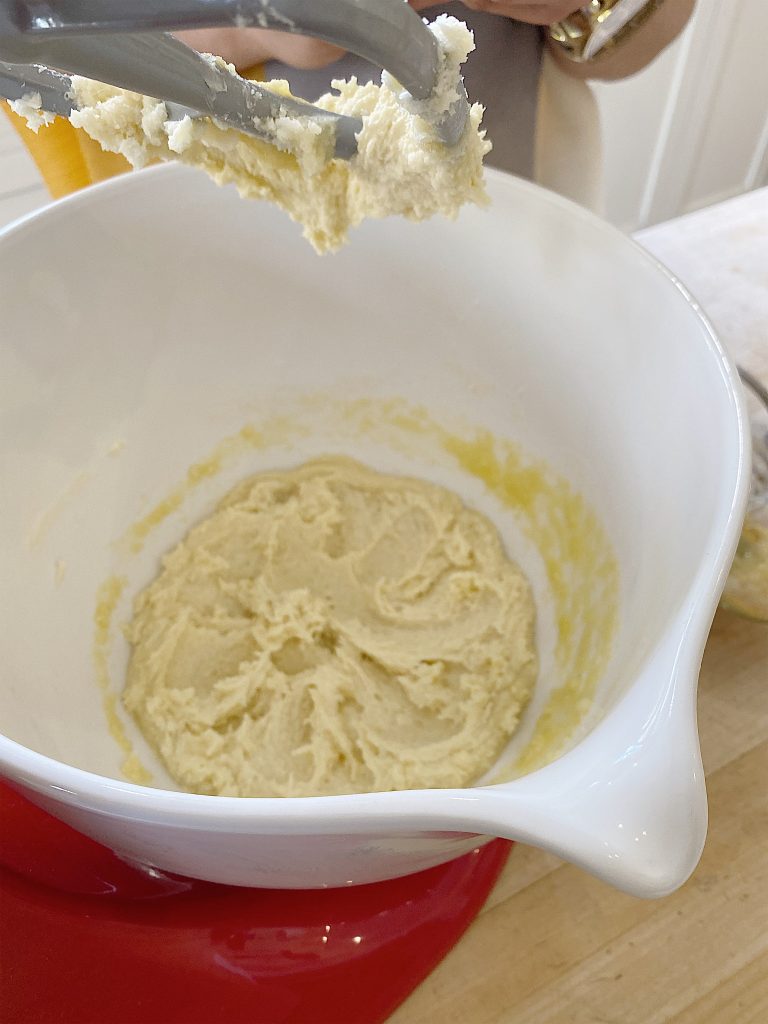 You can use any type of pear for this recipe. Monique choose red pears as they added some fun color to the top of the dessert. 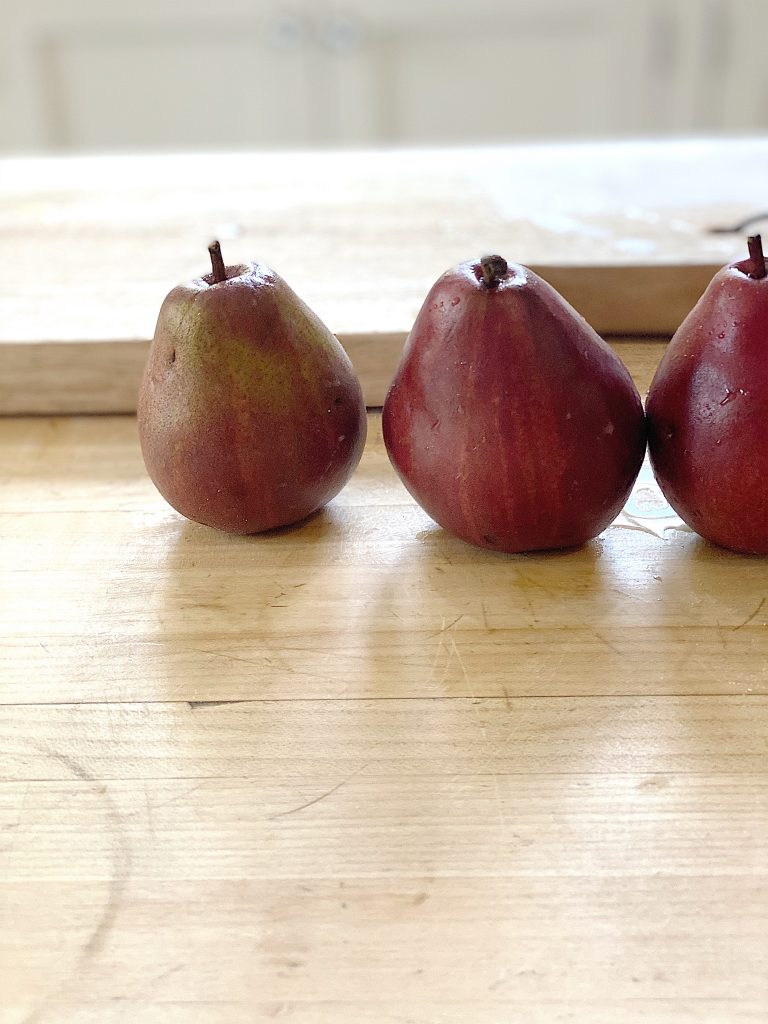 The pears are sliced in half (around the core) and then sliced in 1/4″ slices. 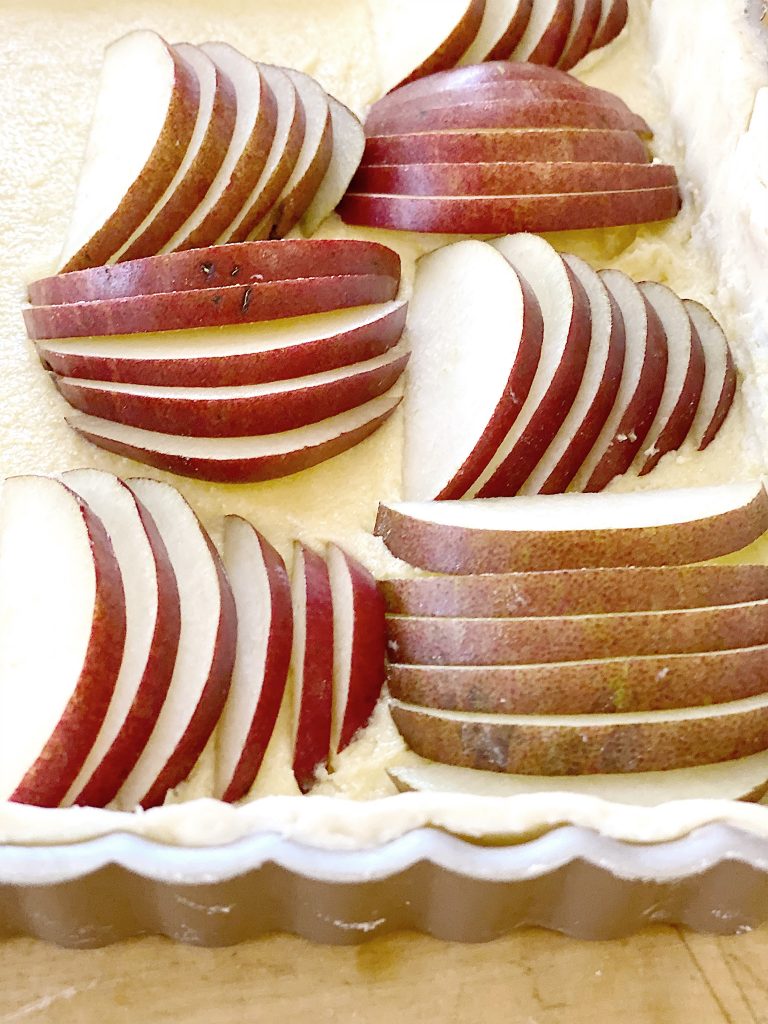 Arrange the pears on top of the almond cream in a decorative way. 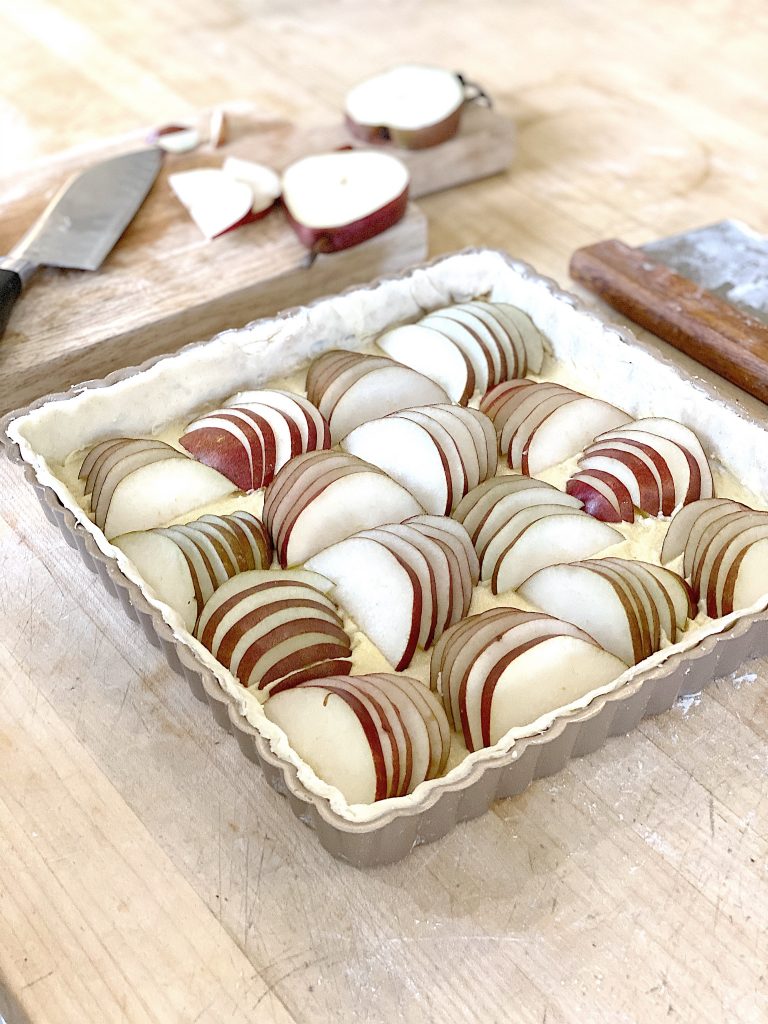 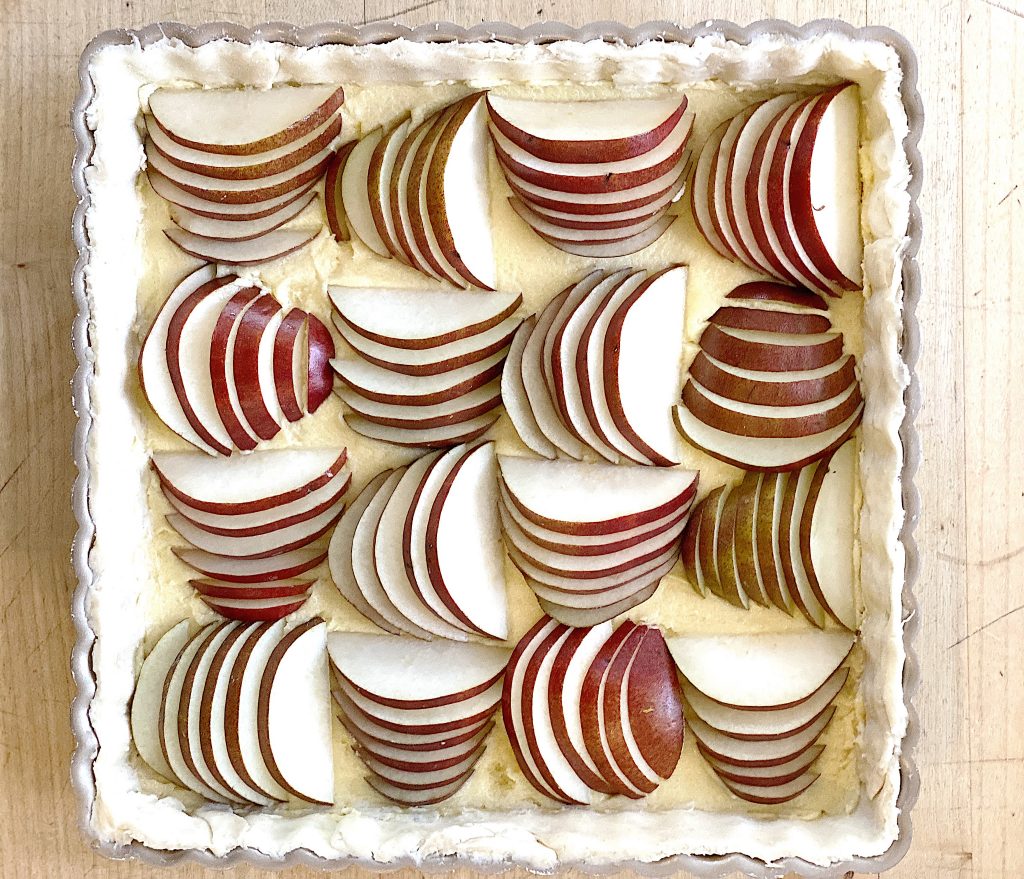 Monique chose to bake the top crust separately. The cooked Pear Almond pie looks so good. I think you could serve it like this if you wanted. 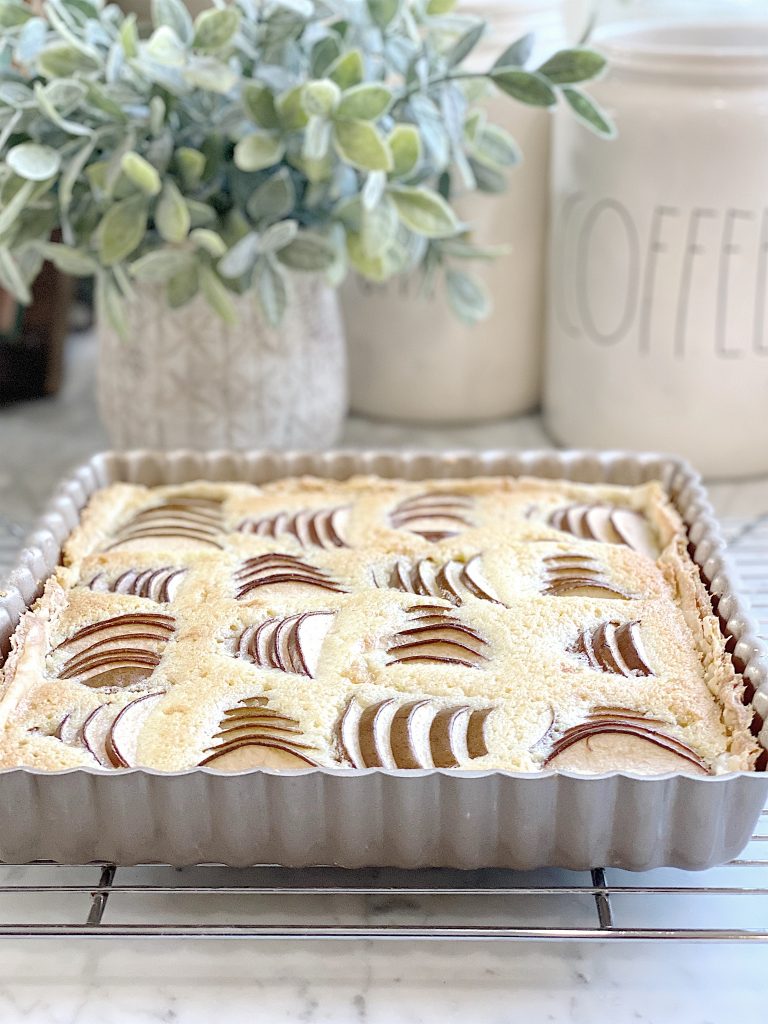 To make the top crust, Monique cut an art deco pattern into the crust with an exacto knife.

YOu could do the same, or use cookie cutters, or use a stencil if you want. 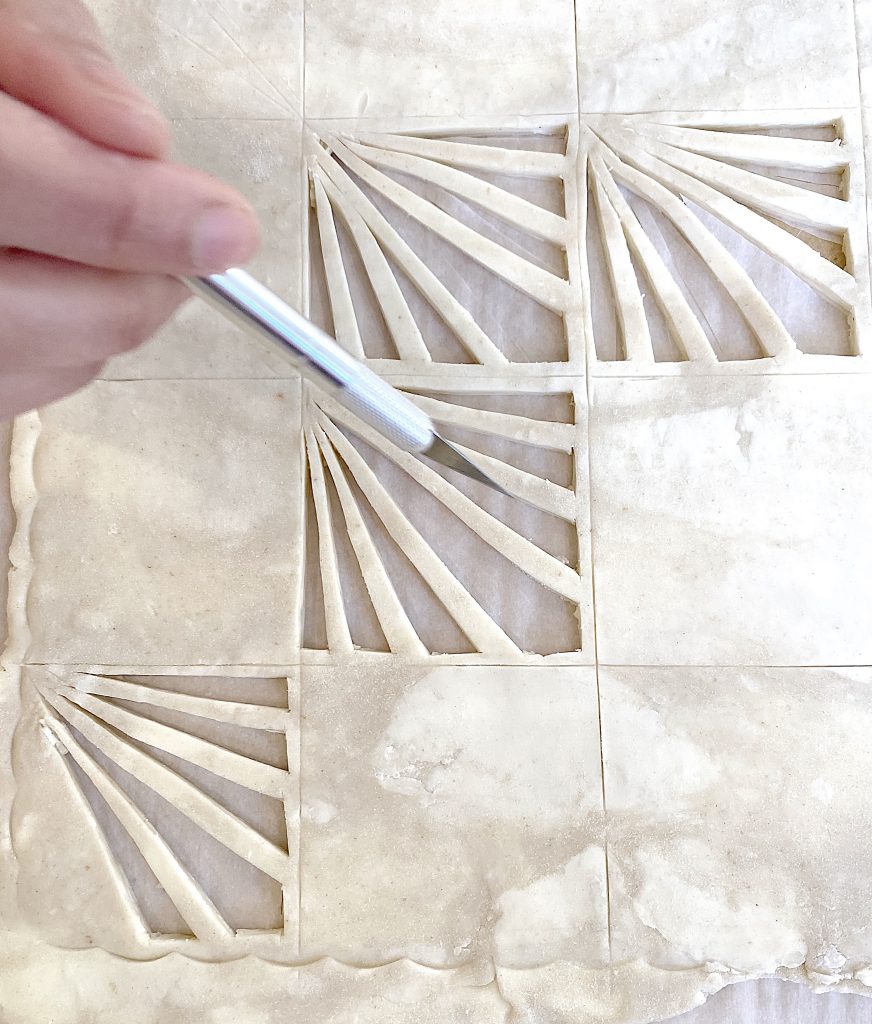 This crust design is simply incredible. 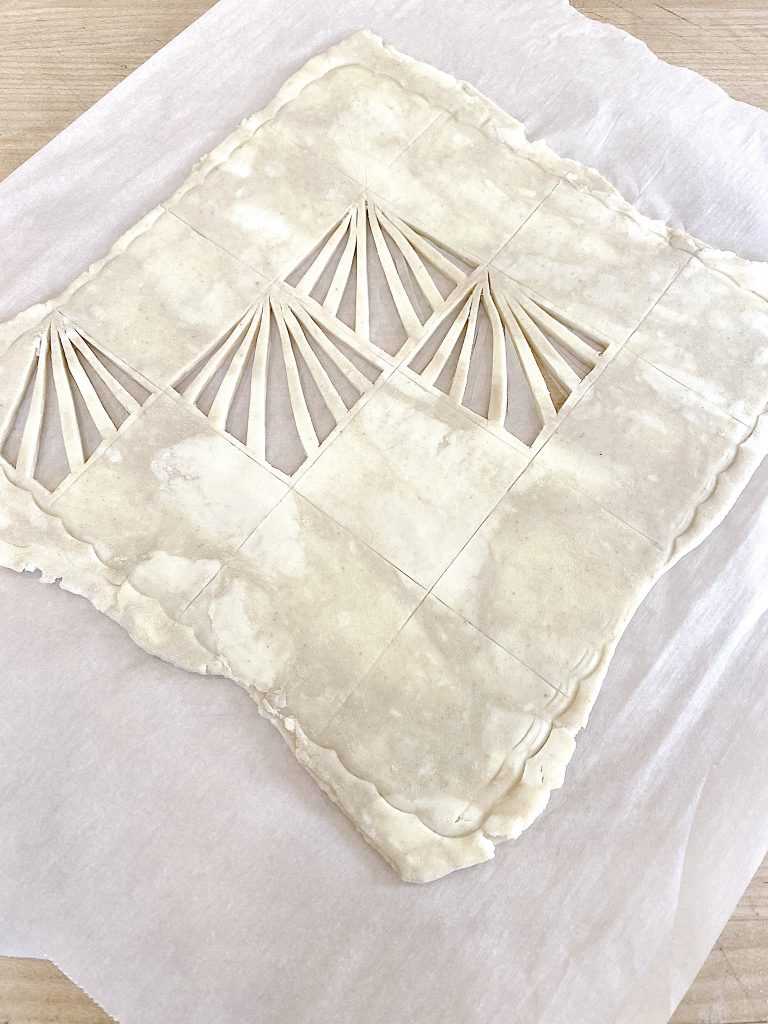 I can’t believe this! 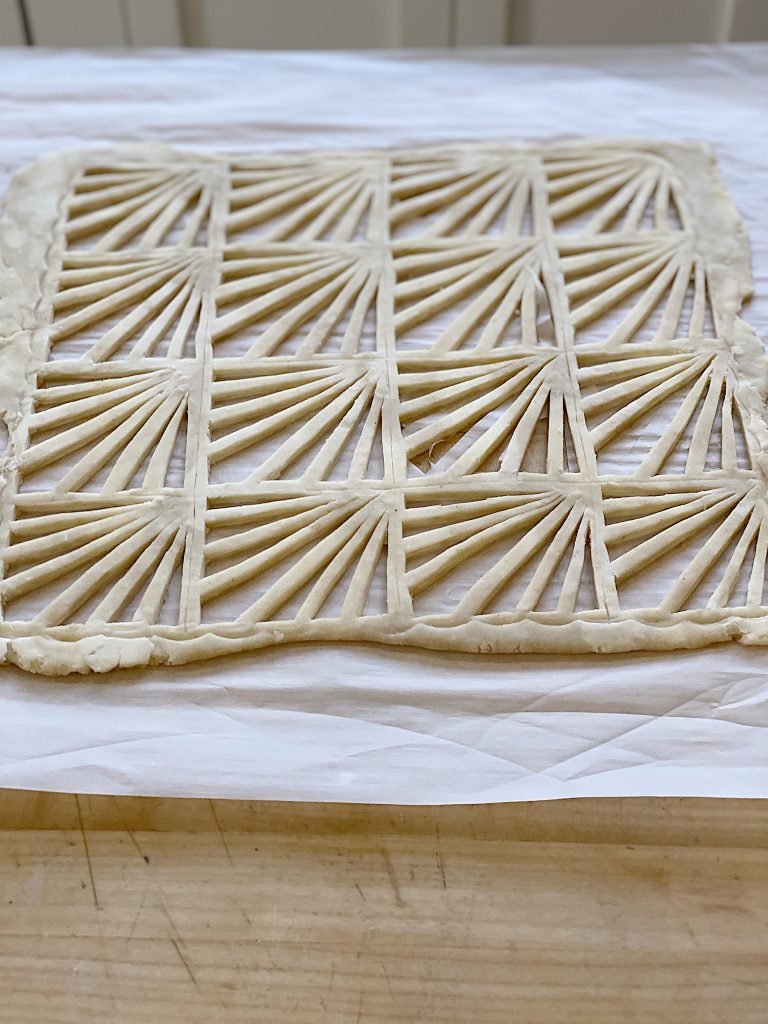 For the last step, use one egg to wash the top crust. Then sprinkle with Turbinado sugar for an extra shine. 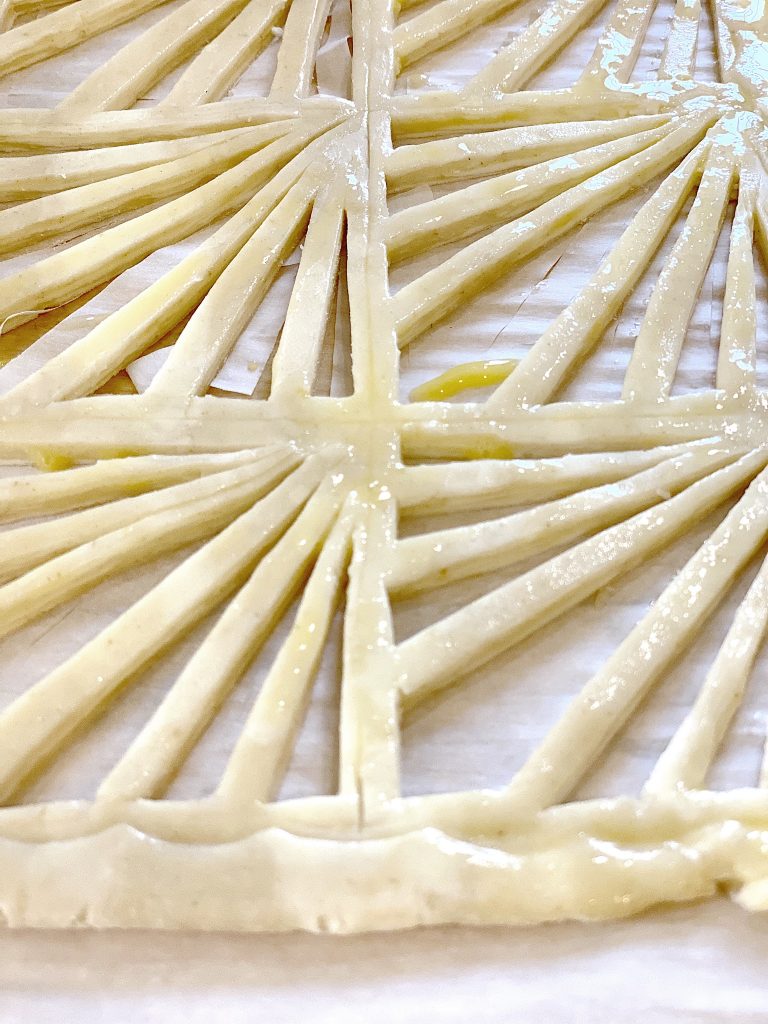 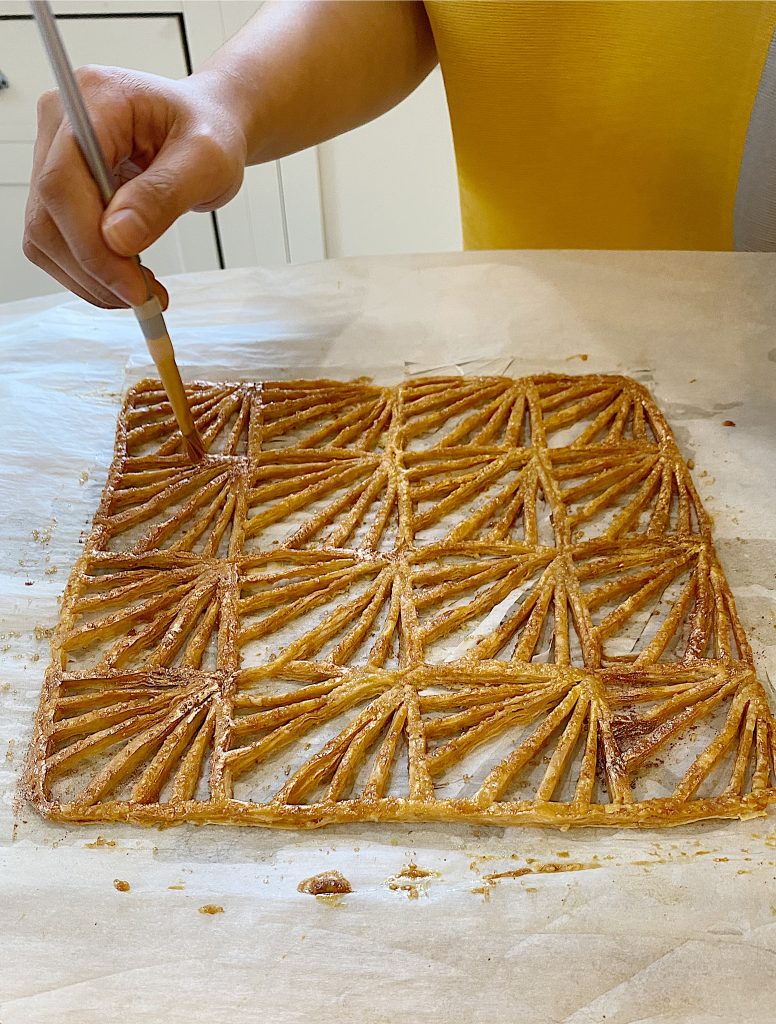 Look at the end result! This is absolutely amazing. 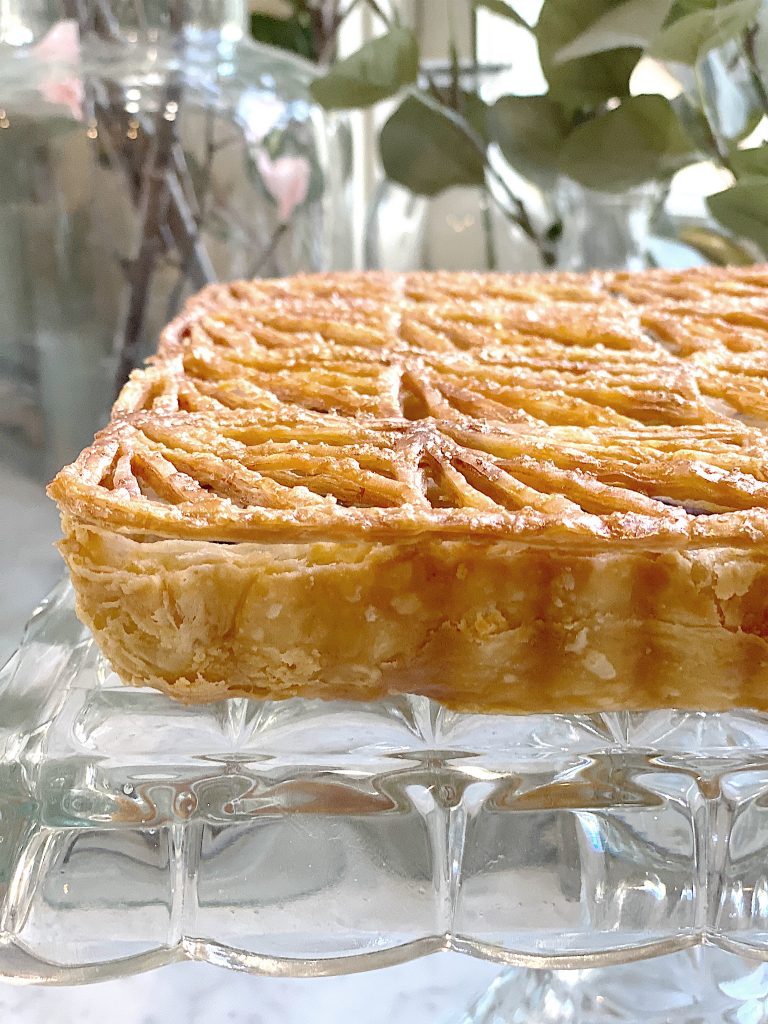 This really is a baeutiful dessert. 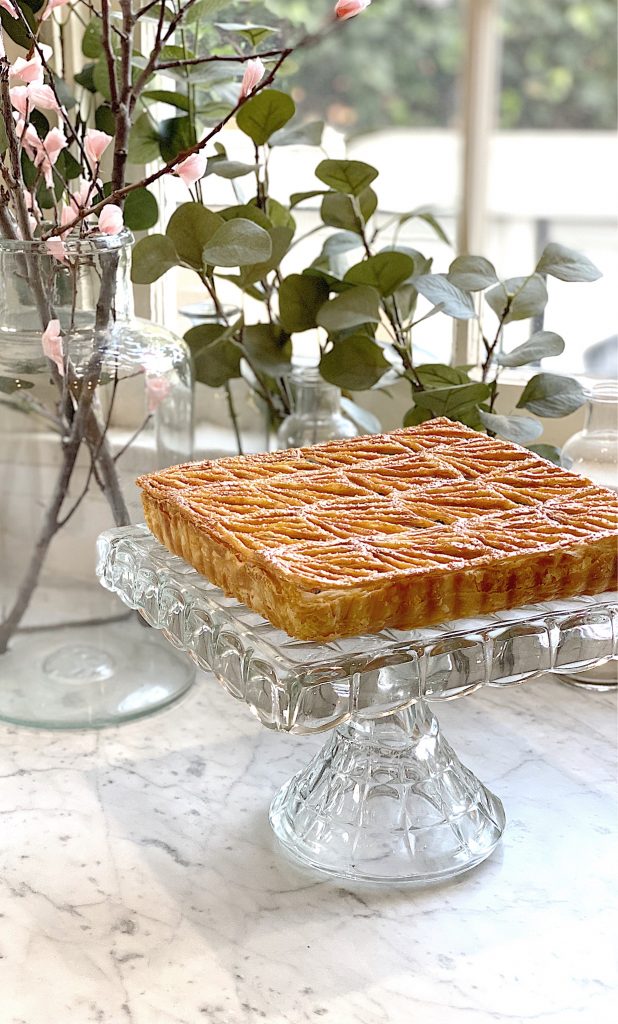 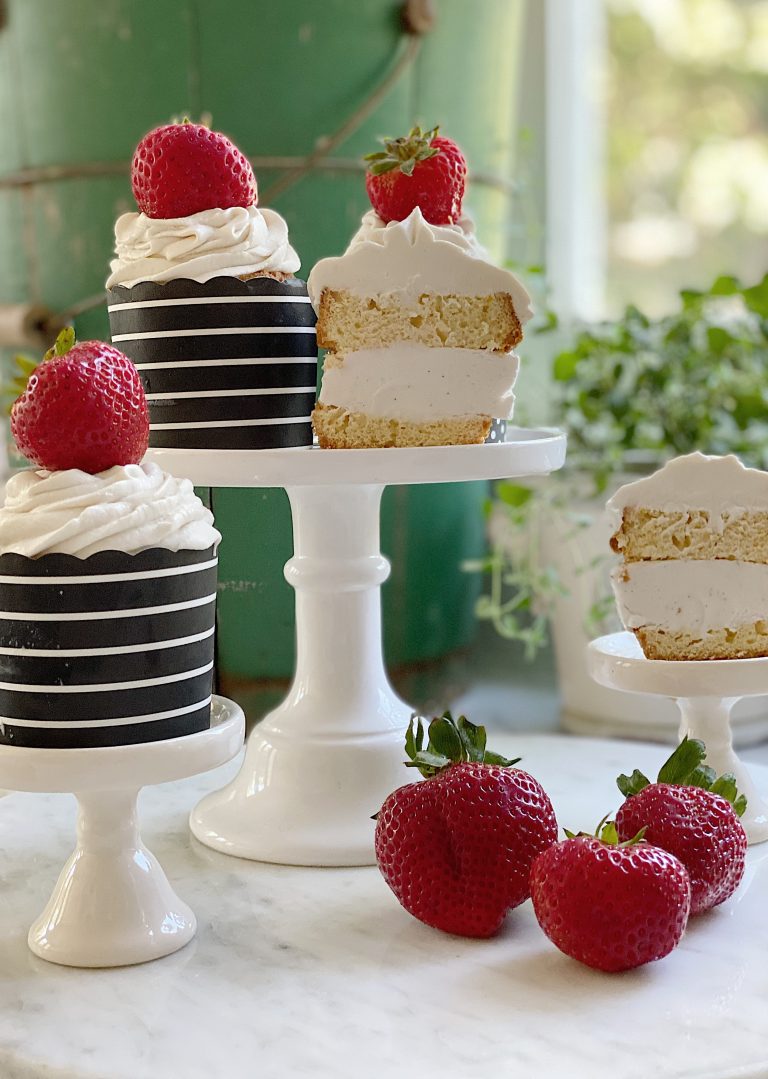 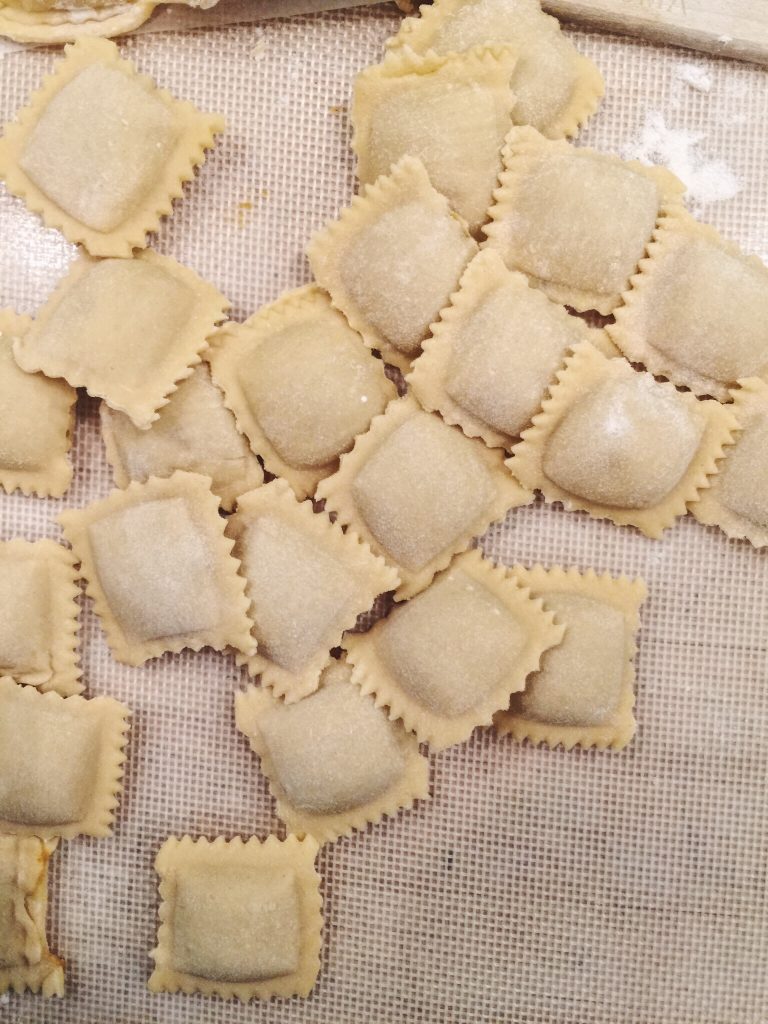 If you’ve never had roasted butternut squash ravioli before, you’re in for a real treat. There are some recipes that need to be shared. This is one of those recipes. The creamy squash filling is perfectly paired with a rich and flavorful sage brown butter sauce. You’ll definitely want to put this dish at the… 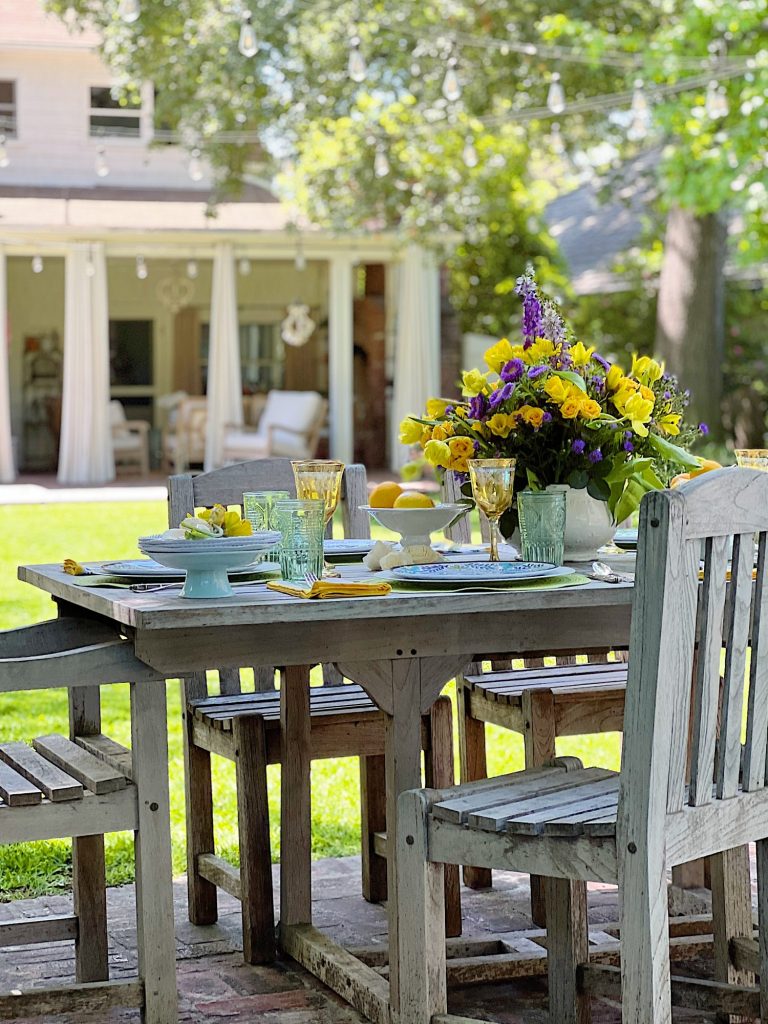 I love lemons, lemon decor, and Meyer lemon recipes. So today I am sharing seven ways to enjoy lemons this summer. Until this year I have not used much lemon decor in my home. As I am getting ready to refresh the rooms in our home for summer, lemons are certainly on my mind. (And… 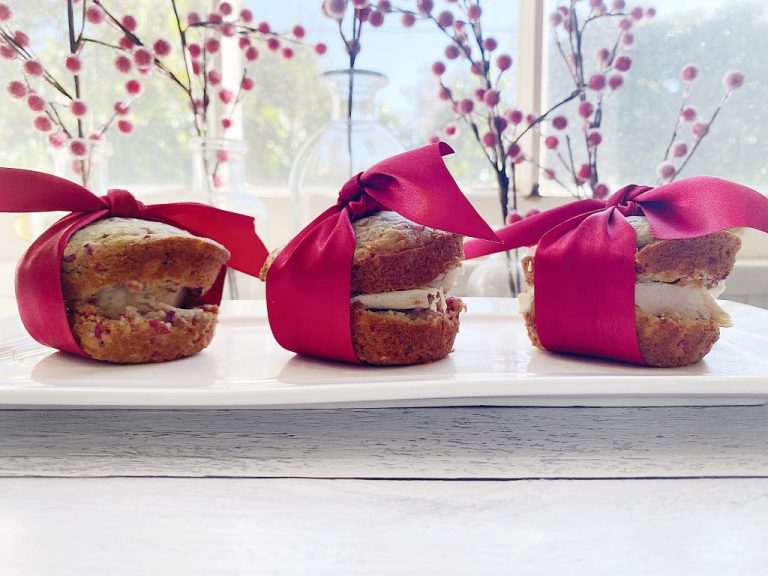 I make sixteen different holiday appetizers for our annual Christmas party. One of my favorites is my Smoked Turkey with Cranberry Orange Muffins Recipe. It’s that time of year again! Our Christmas Party is in eleven days and I need to start cooking like a crazy woman! On the menu this year I have sixteen… 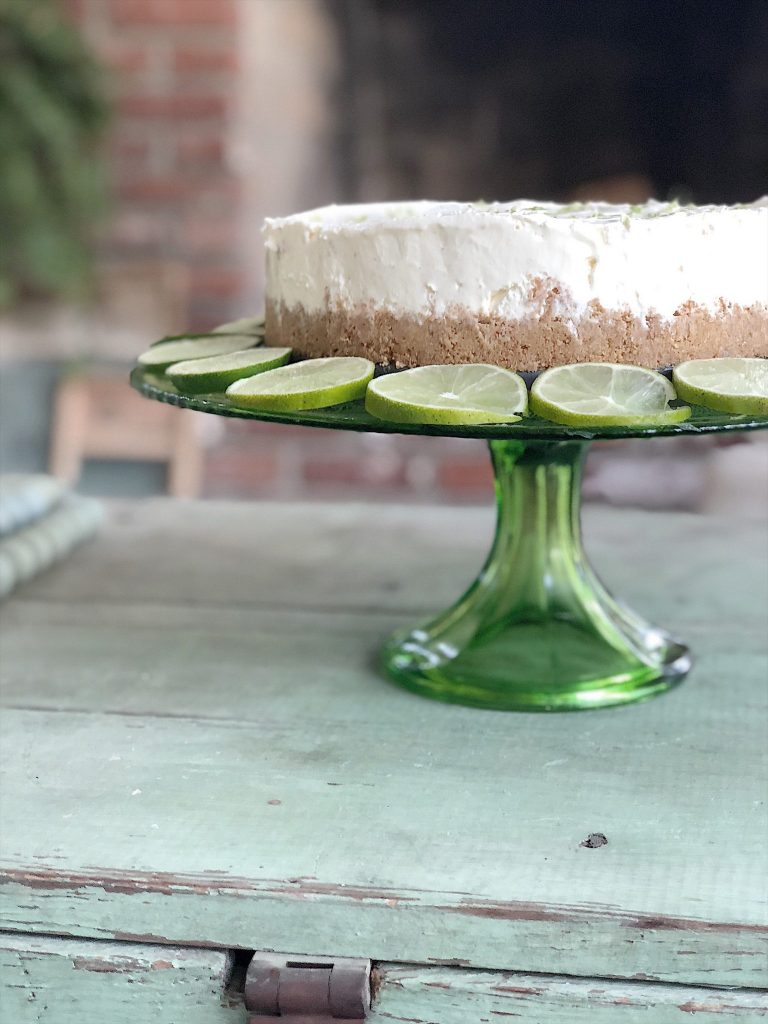 One of my favorite summer desserts is Frozen LimeAid Pie. You are going to love this recipe when you see how easy it is to make this amazing frozen dessert! Happy Summer! I am so to share with you my favorite Frozen Dessert. But first, I want to share my summer spot in our home… 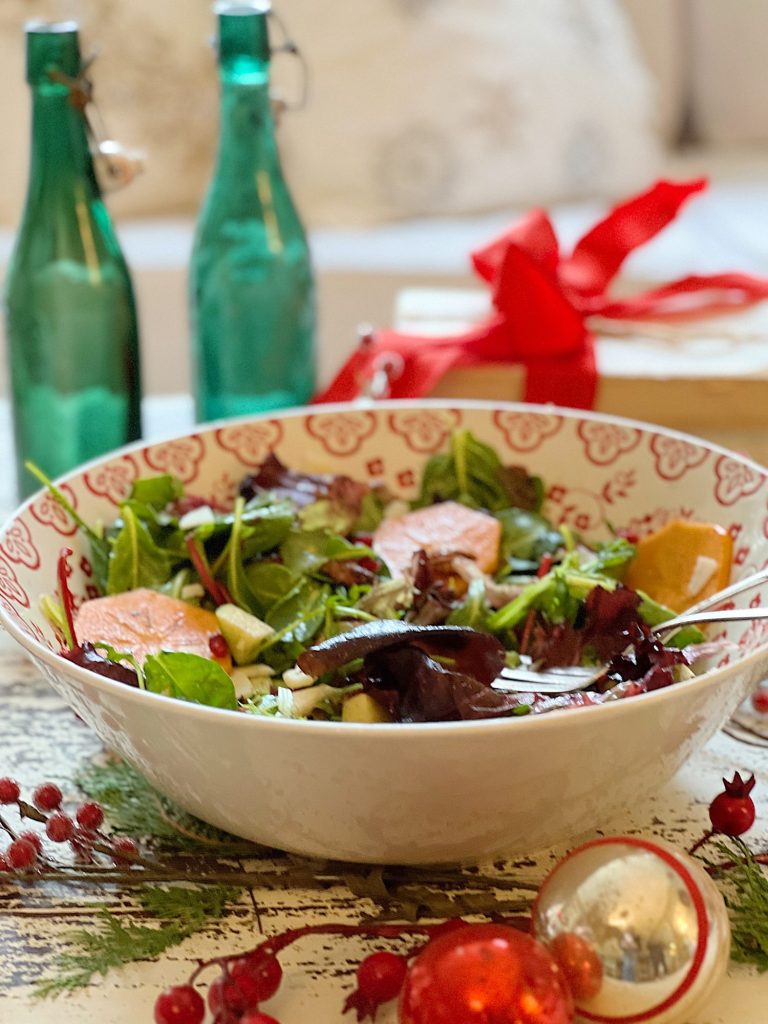 As you plan your Christmas menus, I wanted to share three new recipes for Christmas Eve dinner ideas. These are easy to make and delicious! It’s always nice to have something new to add to the holiday menu. These recipes are keepers that may very well become a holiday tradition on your table.